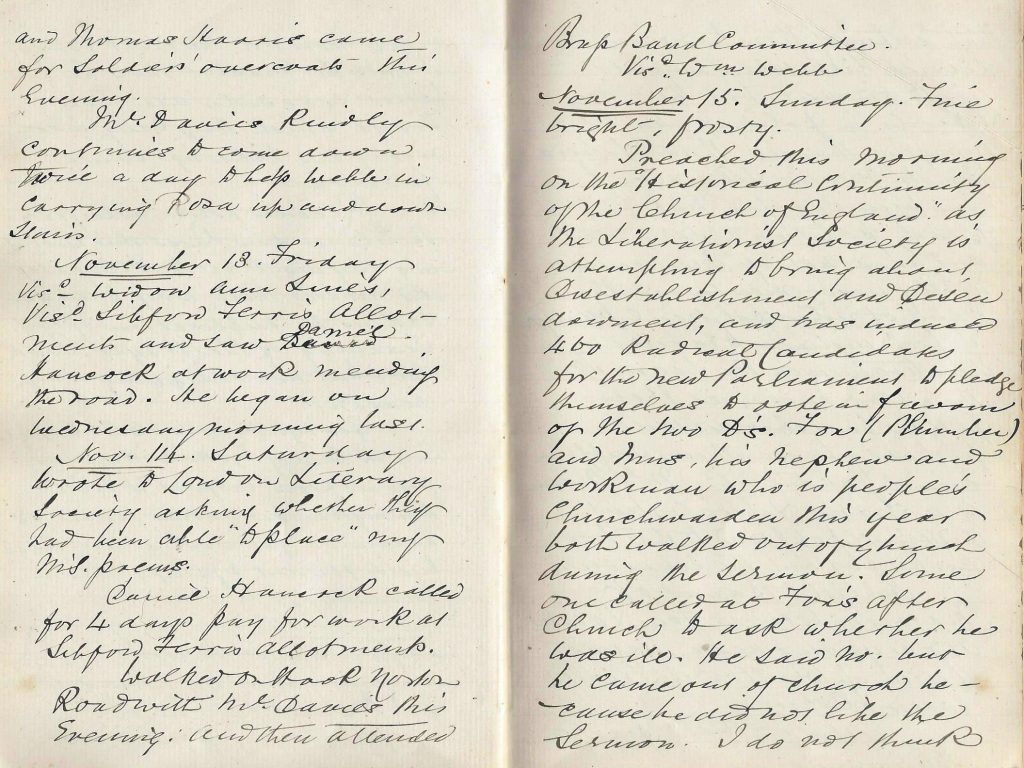 Preached this morning on the “Historical Continuity of the Church of England” as the Liberationist Society  is attempting to bring about Disestablishment and Disendowment , and has induced 460 Radical Candidates to pledge themselves to vote in favour of the two D’s. Fox (plumber) and Inns, his nephew and workman who is people’s churchwarden this year both walked out of church during the sermon. Some one called at Fox’s after church to ask whether he was ill. He said no, but he came out of church because he did not like the sermon. I do not think that either of these two men desires disestablishment and disendowment, but they are Liberals in politics, and I imagine thought that “Liberationists” meant Liberals. I have been careful not to preach political sermons, and have not, if I remember rightly, ever mentioned the name of either political party. I feel inclined to excuse these two men on the score of their ignorance, as their fellow parishioners will probably tease them sufficiently about it. Mr Mann is a strong Liberal, but distinctly opposed to the two D’s. He sat out the sermon.