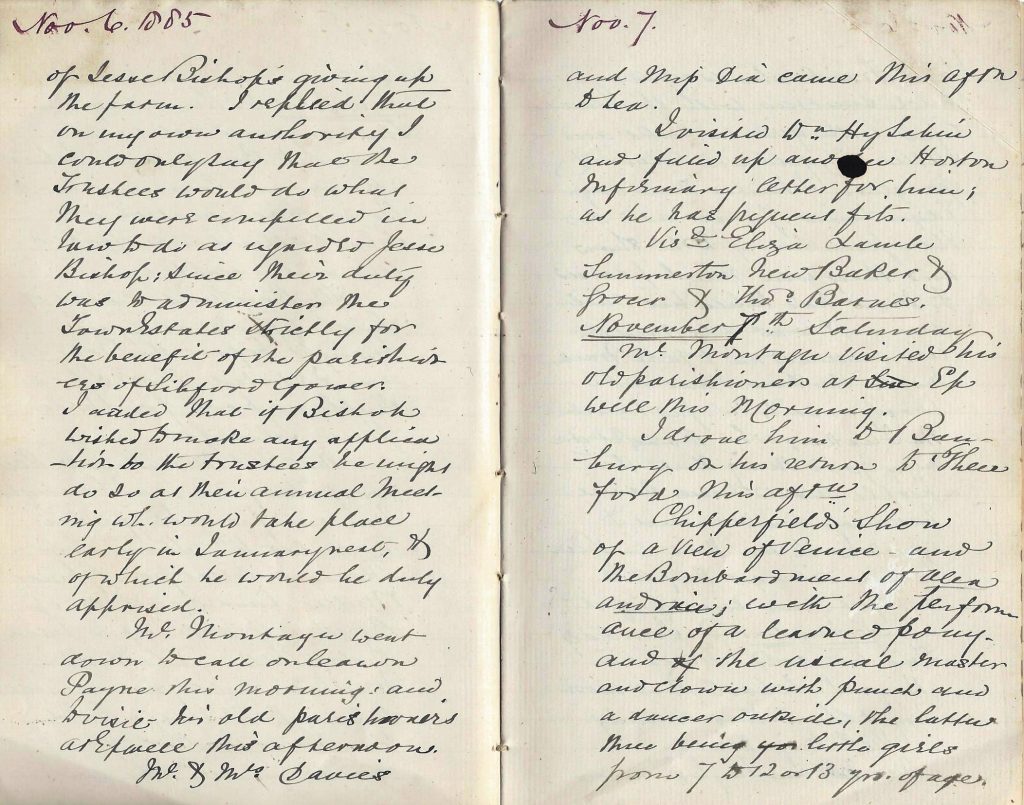 Mr Montagu visited his old parishioners at Epwell this morning. I drove him to Banbury on his return to Thenford this afternoon.

Chipperfields’ Show of a View of Venice – and the Bombardment of Alexandria ; with the performance of a learned pony and the usual master and clown with Punch and  a dancer outside, the latter three being little girls from 7 to 12 or 13 years of age. I took Frank who was very much smitten with the beautiful little girl in silks and satin and gold and silver and spangles. I treated three boys Edgar Lines, Jarvis and the elder Jesse Lively to the show and they were much pleased. F. Inns had taken his children in, and was delighted and recommended me to take Frank. Inside the show I met Mr Woolgrove and Mr John Lamb, the Quaker, who thought it a very good thing that the people should have some harmless amusement and agreed with me that in these remote villages they did not get quite enough of it.