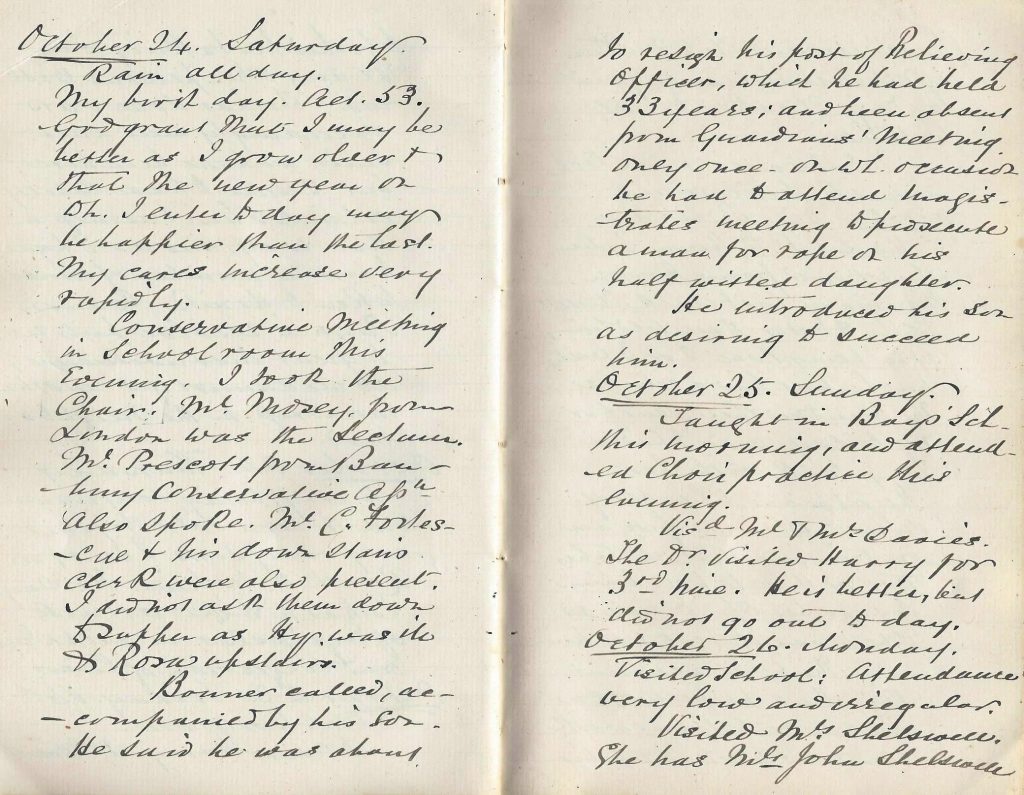 My birthday. Aet 53. God grant that I may be better as I grow older and that the new year on which I enter today may be happier than the last. My cares increase very rapidly.

Conservative Meeting in Schoolroom this evening. I took the Chair. Mr Mosey, from London was the Lecturer. Mr Prescott from Banbury Conservative Association also spoke. Mr C. Fortescue and his downstairs clerk were also present. I did not ask them down to supper as Harry was ill and Rosa upstairs.

Bonner called, accompanied by his son. He said he was about to resign his post of Relieving Officer, which he had held 33 years; and been absent from Guardians Meeting only once – on which occasion he had to attend magistrates meeting to prosecute a man for rape of his half witted daughter.

He introduced his son as desiring to succeed him.