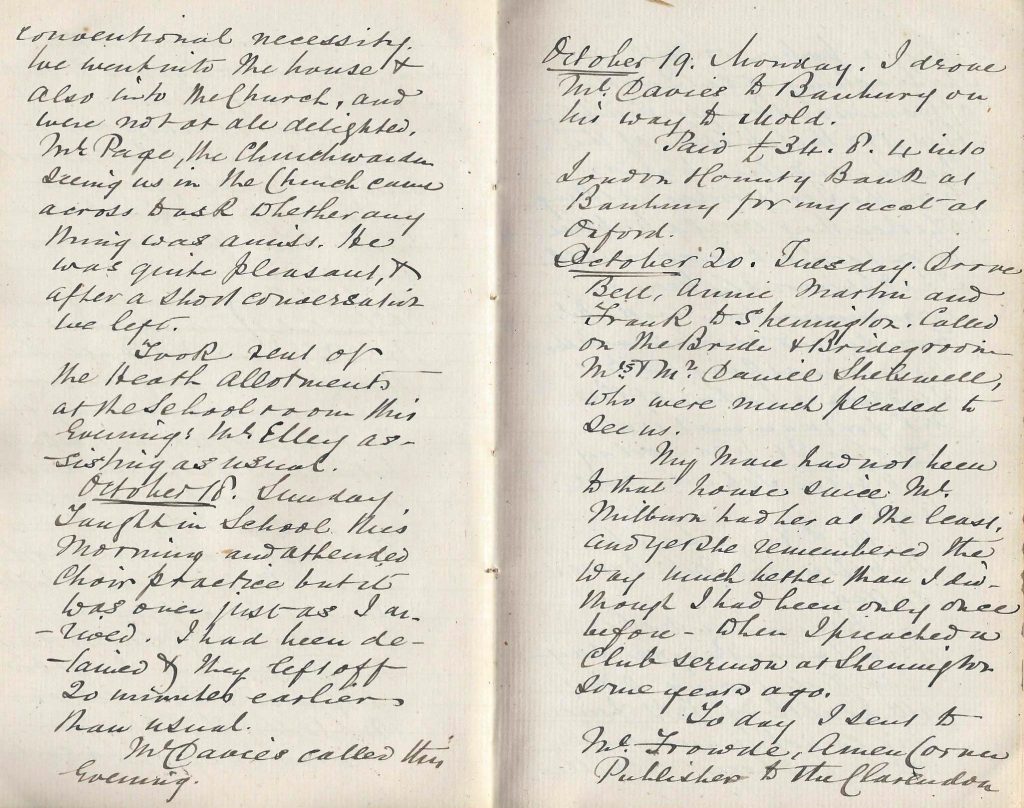 Drove Bell, Annie Martin and Frank to Shenington. Called on the Bride and Bridegroom Mrs and Mr Daniel Shelswell, who were much pleased to see us.

My mare had not been to that house since Mr Milburn had her at the least, and yet she remembered the way much better than I did – though I had been only once before – when I preached a Club sermon at Shenington some years ago.

Today I sent to Mr Frowde, Amen Corner, Publisher to the Clarendon Press, a portion of manuscript of “The Teaching of the Book of Common Prayer, Simplified, for the children of the Church, and illustrated from the Scriptures”, asking whether they would publish it on terms to be arranged. I had previously been in communication with Mr Frowde and received a letter from him asking me to send him a portion of the manuscript for examination.