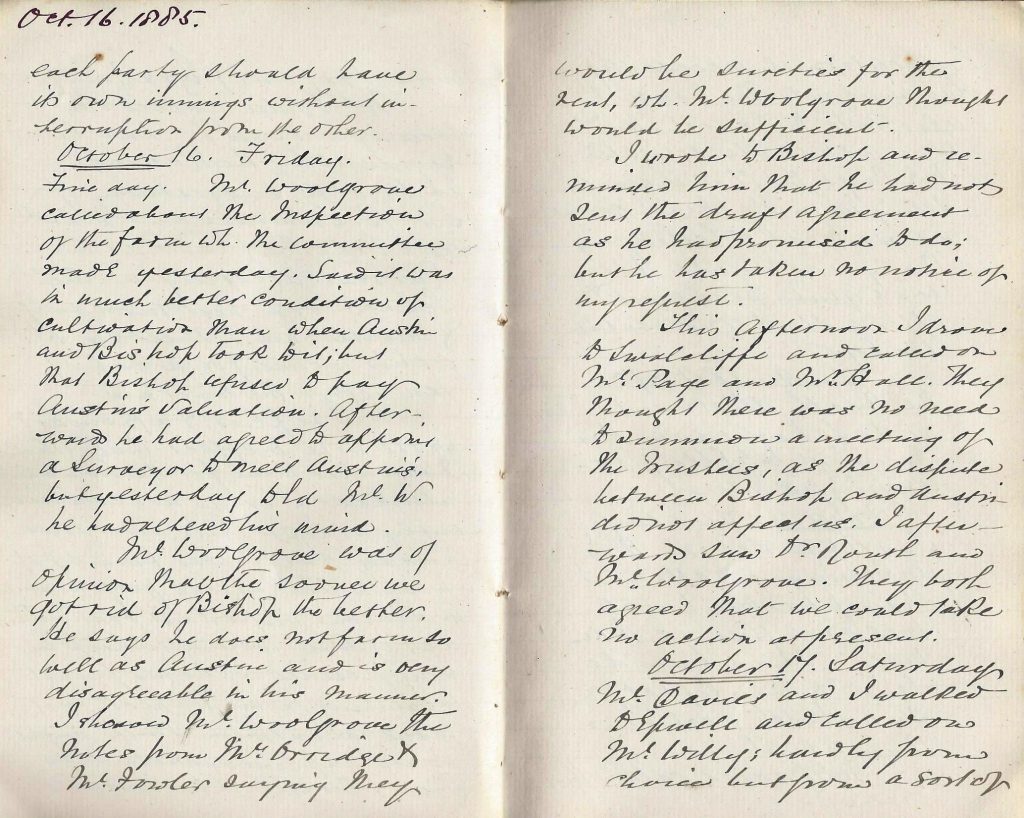 Mr Woolgrove called about the Inspection of the farm which the Committee made yesterday. Said it was in much better condition of cultivation than when Austin and Bishop took to it; but that Bishop refused to pay Austin’s valuation. Afterwards he had agreed to appoint a Surveyor to meet Austin’s but yesterday told Mr W. he had altered his mind.

Mr Woolgrove was of opinion that the sooner we got rid of Bishop the better. He says he does not farm so well as Austin and is very disagreeable in his manner. I showed Mr Woolgrove the notes from Mr Orridge and Mr Fowler saying they would be sureties for the rent, which Mr Woolgrove thought would be sufficient.

I wrote to Bishop and reminded him that he had not sent the draft agreement as he had promised to do; but he has taken no notice of my request.

This afternoon I drove to Swalcliffe and called on Mr Page and Mr Hall. They thought there was no need to summon a meeting of the Trustees, as the dispute between Bishop and Austin did not affect us. I afterwards saw Dr Routh and Mr Woolgrove. They both agreed that we could take no action at present.