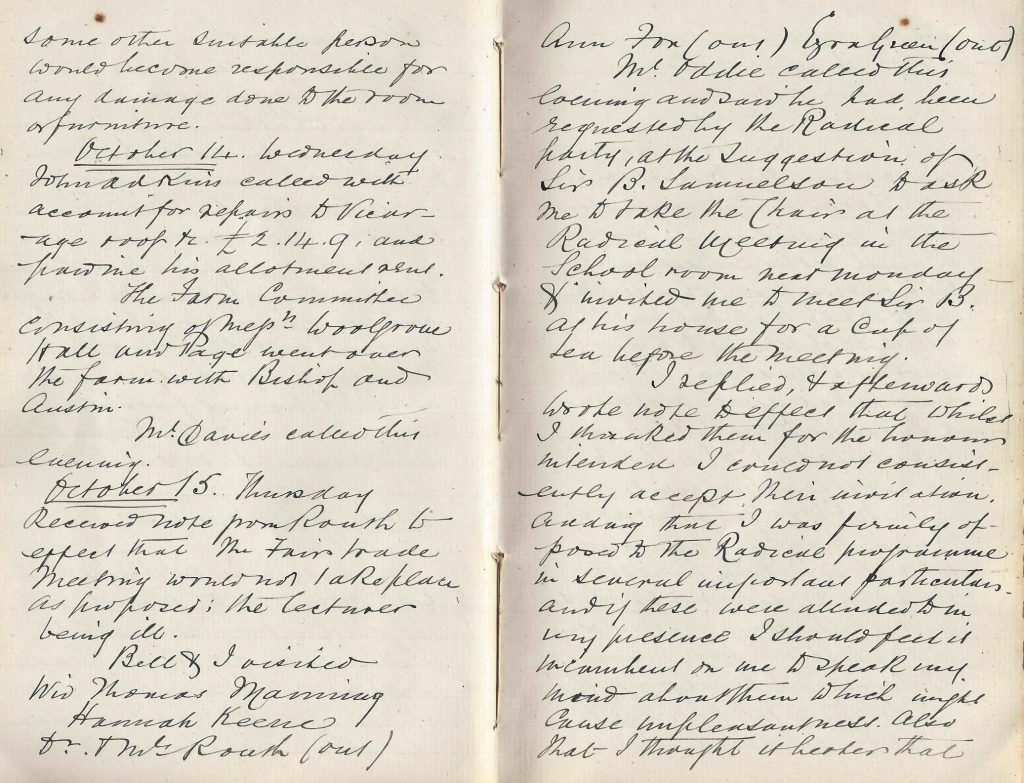 Received note from Routh to effect that the Fair trade Meeting would not take place as proposed; the lecturer being ill.

Bell and I visited Widow Thomas Manning, Hannah Keene, Dr and Mrs Routh (out), Ann Fox (out), Ezra Green (out).

Mr. Oddie called this evening and said he had been requested by the Radical Party, at the suggestion of Sir. B. Samuelson, to ask me to take the Chair at the Radical Meeting in the Schoolroom next Monday and invited me to meet Sir B. at his house for a cup of tea before the meeting.

I replied, and afterwards wrote note to the effect that whilst I thanked them for the honour intended, I could not consistently accept their invitation, adding that I was firmly opposed to the Radical programme in several important particulars and if these were alluded to in my presence I should feel it incumbent on me to speak my mind about them which might cause unpleasantness. Also that I thought it better that each party should have its own innings without interruption from the other.