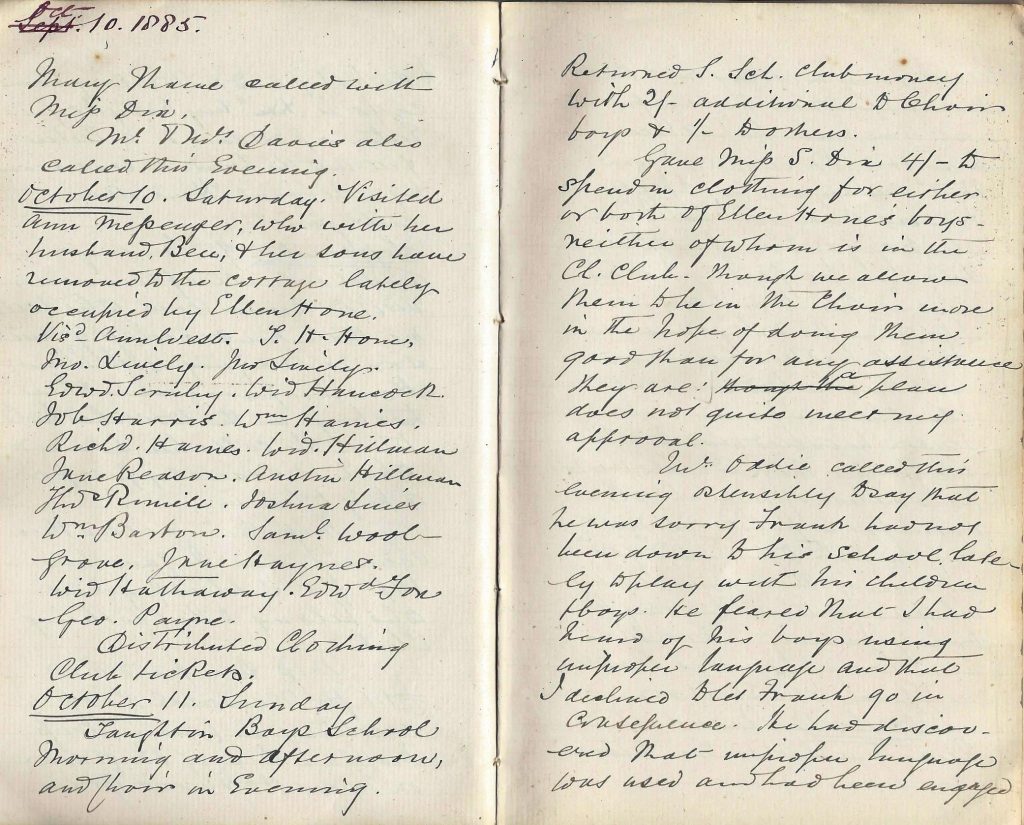 Taught in Boys School morning and afternoon, and Choir in evening.

Returned Sunday School club money with 2/- additional to Choir boys and 1/- to others.

Gave Miss S. Dix 4/- to spend in clothing for either or both Ellen Hones’ boys – neither of whom is in the Clothing Club, though we allow them to be in the Choir more in the hope of doing them good than for any assistance they are; a plan does not quite meet my approval.

Mr Oddie called this evening ostensibly to say that he was sorry Frank had not been down to his school lately to play with his children and boys. He feared that I had heard of his boys using improper language and that I declined to let Frank go in consequence. He had discovered that improper language was used and had been engaged all this day in going into the matter and had used the cane for first time since he has been in Sibford. On enquiry I found that the language he objected to was such as “bash?” instead of “foul” at football and so on – perfectly harmless words, to my mind. I told him the only reason Frank had not been down was that he had been out elsewhere. I fancy the real reason he called was to ask me whether the Radicals might have the use of my Schoolroom for a political meeting on 19th October. I said “yes” at once, if their hour did not interfere with the Lending Library business. Sir Bernhard Samuelson  is to make a speech to the electors.