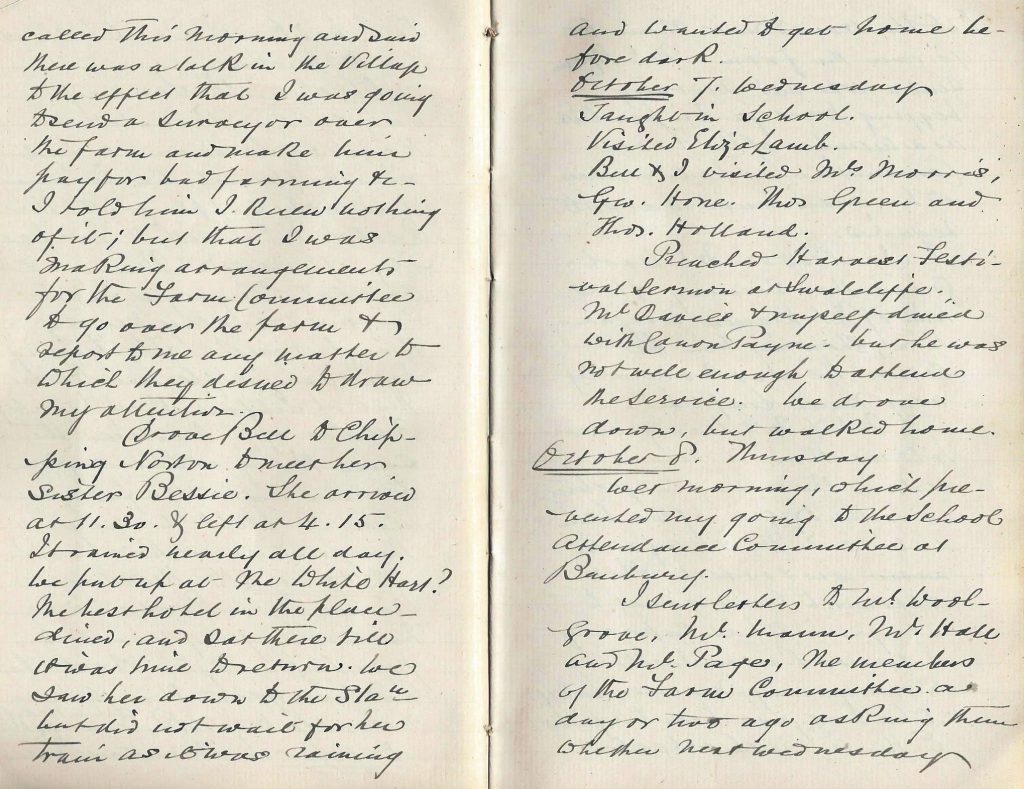 Wet morning, which prevented my going to the School Attendance Committee at Banbury.

I sent letters to Mr Woolgrove, Mr Mann, Mr Hall and Mr Page, the members of the Farm Committee a day or two ago asking them whether next Wednesday Oct 14 would suit them to go over the farm. Mr Mann sent a note this morning begging to resign his position as a member of the Farm Committee, as he considered his assistance was not required.

I called on Mr Woolgrove this evening and told him of Mr Mann’s resignation, showing him the letter. He was naturally very much surprised.

Mr and Mrs Woolgrove told me that it seemed certain that my conjecture as to the origin of the scandal re E. M. et infantis was correct. She appears to have gone to stay, in what capacity I do not know, with some young married lady who has just been confined. E. M. is much attached to the baby and in writing home calls it “my baby-boy”. Either a postcard or a letter fell into the hands or was heard by a servant “Hinc illae lachrymae.”