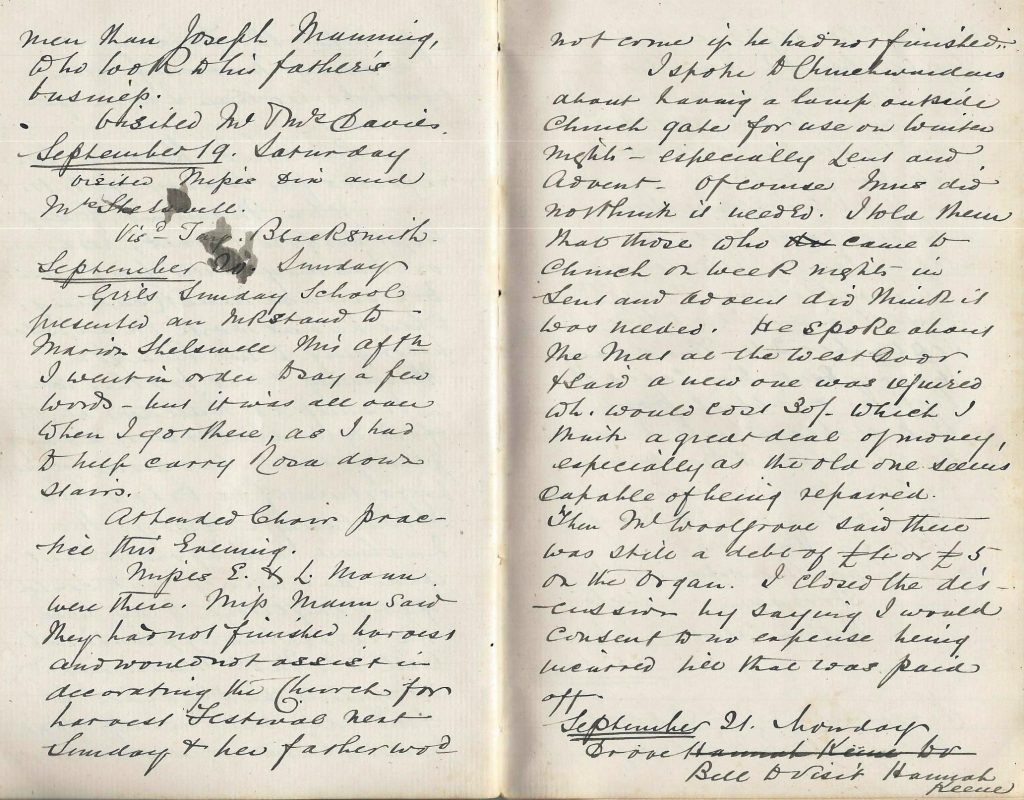 Girls Sunday School presented an inkstand to Marion Shelswell this afternoon. I went in order to say a few words – but it was all over when I got there, as I had to help carry Rosa downstairs.

Misses E. and L. Mann were there. Miss Mann said they had not finished harvest and would not assist in decorating the Church for Harvest Festival next Sunday and her father would not come if he had not finished.

I spoke to churchwardens about having a lamp outside church gate for use on winter nights – especially Lent and Advent. Of course Inns did not think it needed. I told them that those who came to church on week nights in Lent and Advent did think it was needed. He spoke about the mat at the west door and said a new one was required which would cost 30/- which I think a great deal of money, especially as the old one seems capable of being repaired. The Mr Woolgrove sad there was still a debt of £4 or £5 on the organ. I closed the discussion by saying I would consent to no expense being incurred till that was paid off.