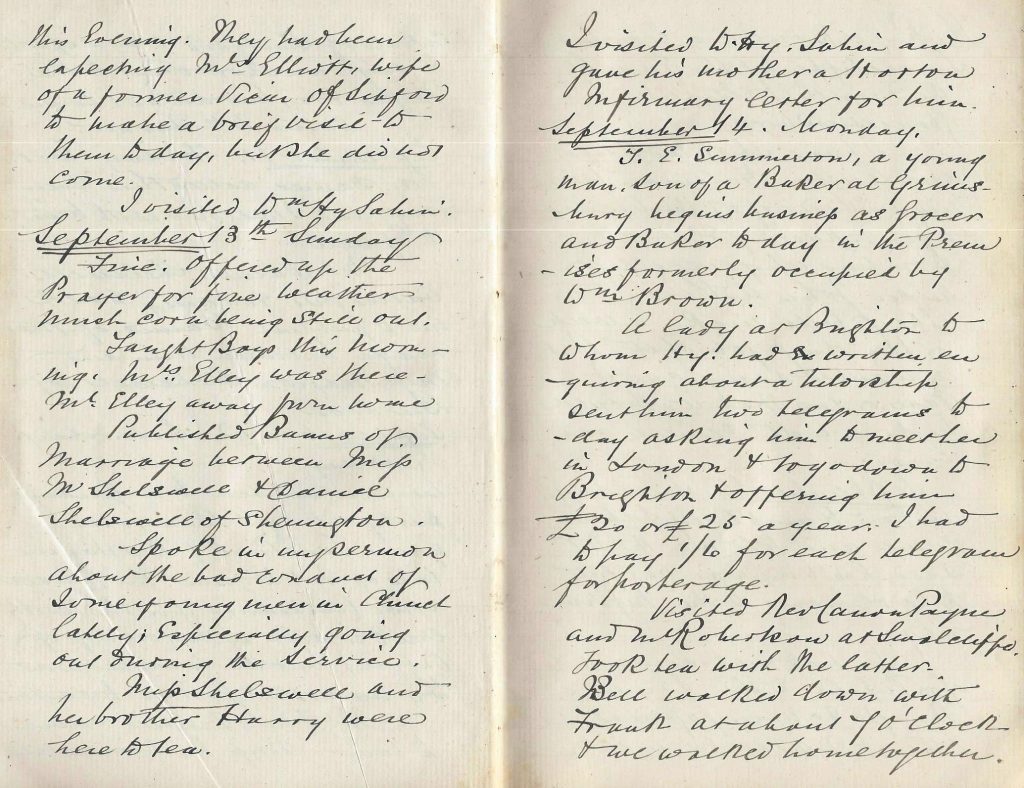 T. E. Summerton, a young man, son of a baker at Grimsbury begins his business as Grocer and Baker today in the premises formerly occupied by William Brown.

A lady at Brighton to whom Harry had written enquiring about a tutorship sent him two telegrams today asking him to meet her in London and to go down to Brighton and offering him £20 or £25 a year. I had to pay 1/6 for each telegram for porterage.

Visited Rev Canon Payne and Mr Robertson at Swalcliffe. Took tea with the latter. Bell walked down with Frank at about 7 o’clock and we walked home together. The Robertsons are leaving Swalcliffe at the end of the month to reside in Gloucestershire.

I have Thomas Adkins and Austin Hillman working on the roof of the Vicarage repairing slates and pointing up generally under John Adkins. They will make a week or ten days job of it. But it wanted doing, and I gave orders that it should be done with cement and lime.