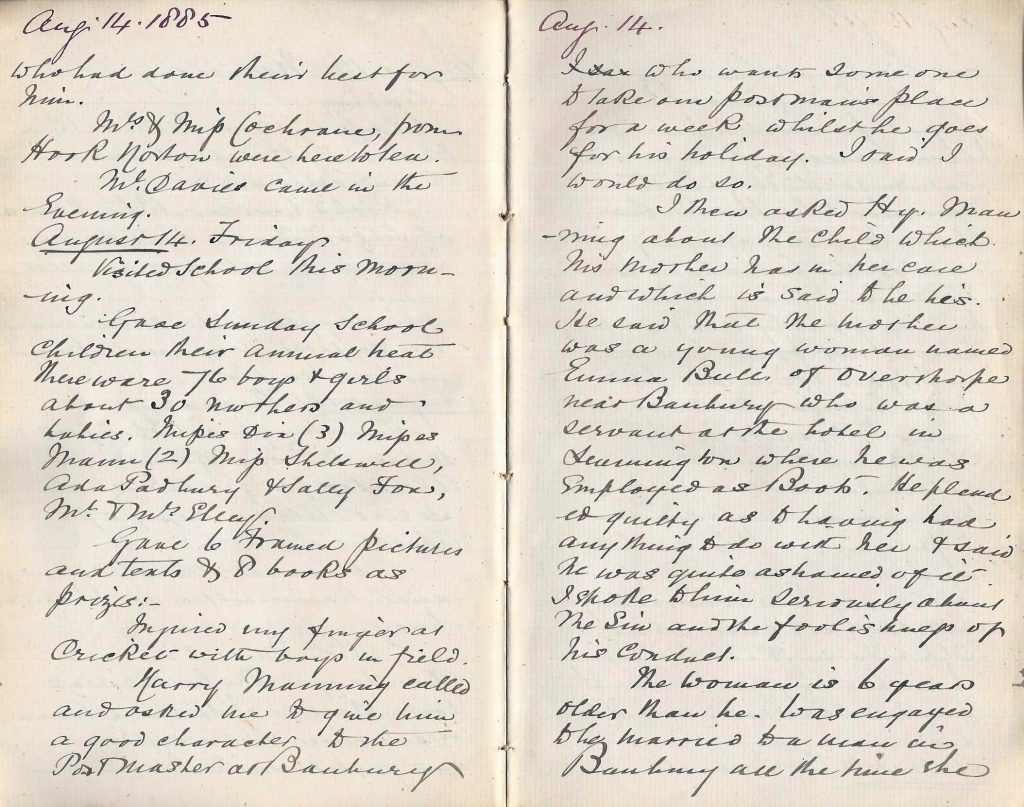 Gave 6 framed pictures and texts and 8 books as prizes.

Injured my finger at cricket with boys in field.

Harry Manning called and asked me to give him a good character to the Post Master at Banbury who wants someone to take our postman’s place for a week whilst he goes for his holiday. I said I would do so.

I then asked Harry Manning about the child which his mother has in her care and which is said to be his. He said that the mother was a young woman named Emma Bull, of Overthorpe near Banbury who was a servant at the hotel in Leamington where he was employed as Boots. He pleaded guilty as to having had anything to do with her and said he was quite ashamed of it. I spoke to him seriously about the sin and the foolishness of his conduct.

The woman is 6 years older than he, was engaged to be married to a man in Banbury all the time she was living at Leamington – and used to visit him at Banbury – and he visited her. She placed herself in communication with Elizabeth Manning who took the child without saying a word to the lad about it. I told him I thought he had been very badly treated, that he was not bound to stay in Sibford and ruin his prospects in life – nor was he bound to maintain the child except under an affiliation order. I warned him against such conduct in future. His mother is, I fear, a woman of extremely loose character, and does not care what she does so that she may have her boys at home to pay her rent and maintain her.