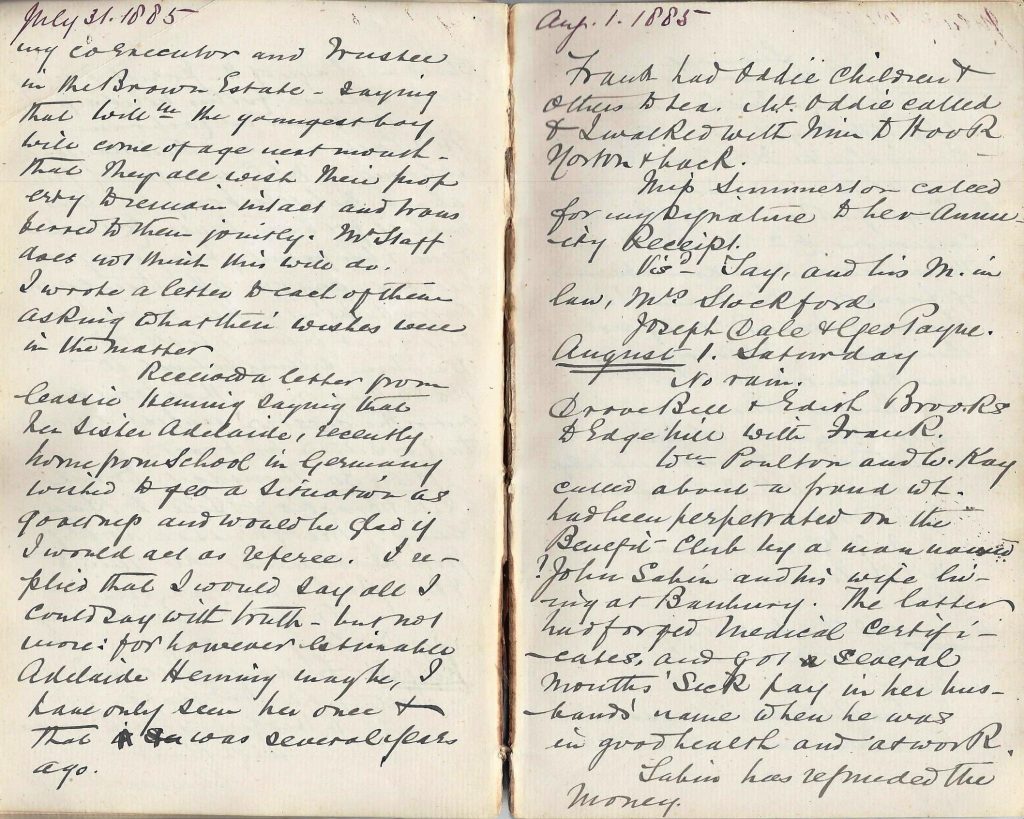 Drove Bell and Edith Brooks to Edge Hill with Frank.

William Poulton and W. Kay called about a fraud which had been perpetrated on the Benefit Club by a man named ?John Sabin and his wife living at Banbury. The latter had forged medical certificates, and got several months’ sick pay in her husband’s name when he was in good health and at work. Sabin has refunded the money.