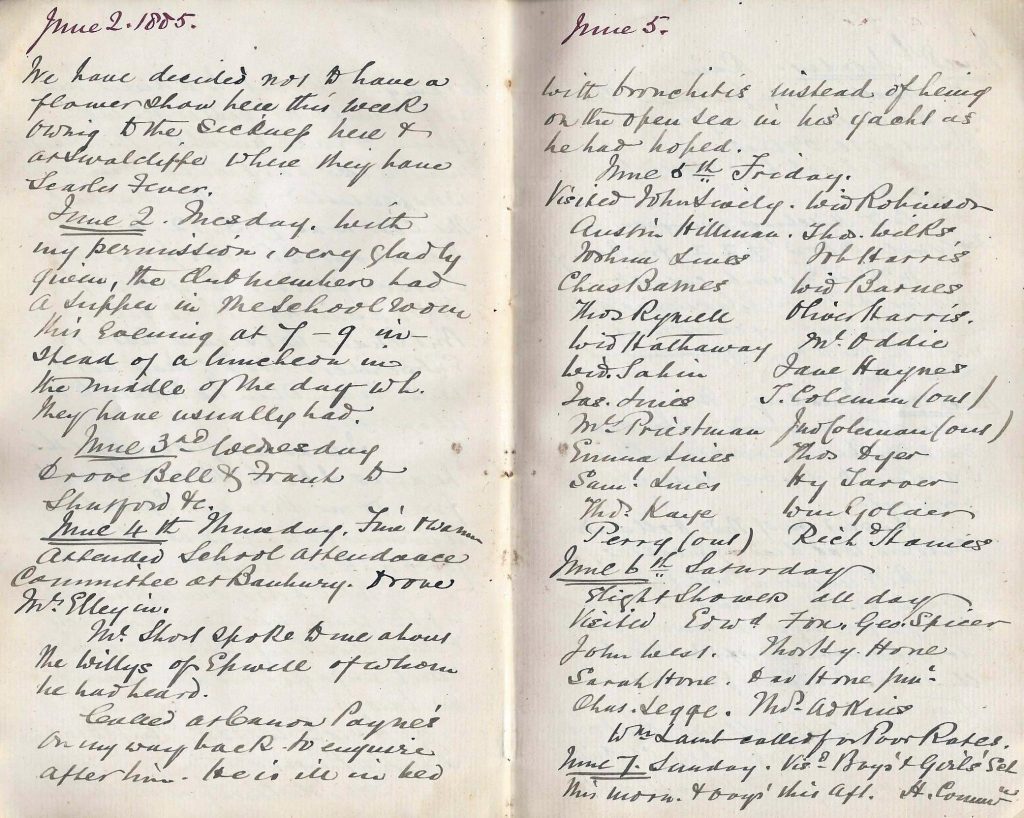 Mr Short spoke to me about the Willys of Epwell of whom he had heard.

Called at Canon Payne’s on my way back to enquire after him. He is ill in bed with bronchitis instead of being on the open sea in his yacht as he had hoped.