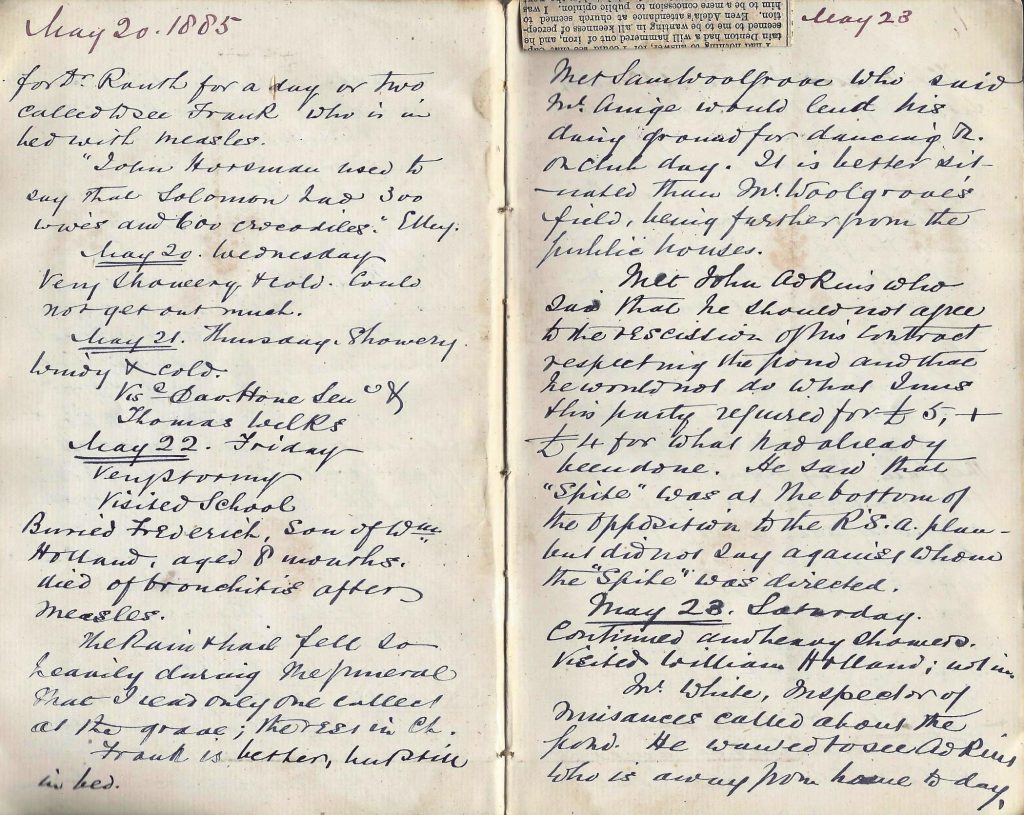 The rain and hail fell so heavily during the funeral that I read only one collect at the grave; the rest in Church.

Frank is better, but still in bed.

Met Sam Woolgrove who said Mr Ainge would lend his dairy ground for dancing etc on Club day. It is better situated than Mr Woolgrove’s field, being further from the public houses.

Met John Adkins who said that he should not agree to the rescission of his contract respecting the pond and that he would not do what Inns and his party required for £5, plus £4 for what had already been done. He said that “spite” was at the bottom of the opposition to the R.S.A. plan – but did not say against whom the “spite” was directed.