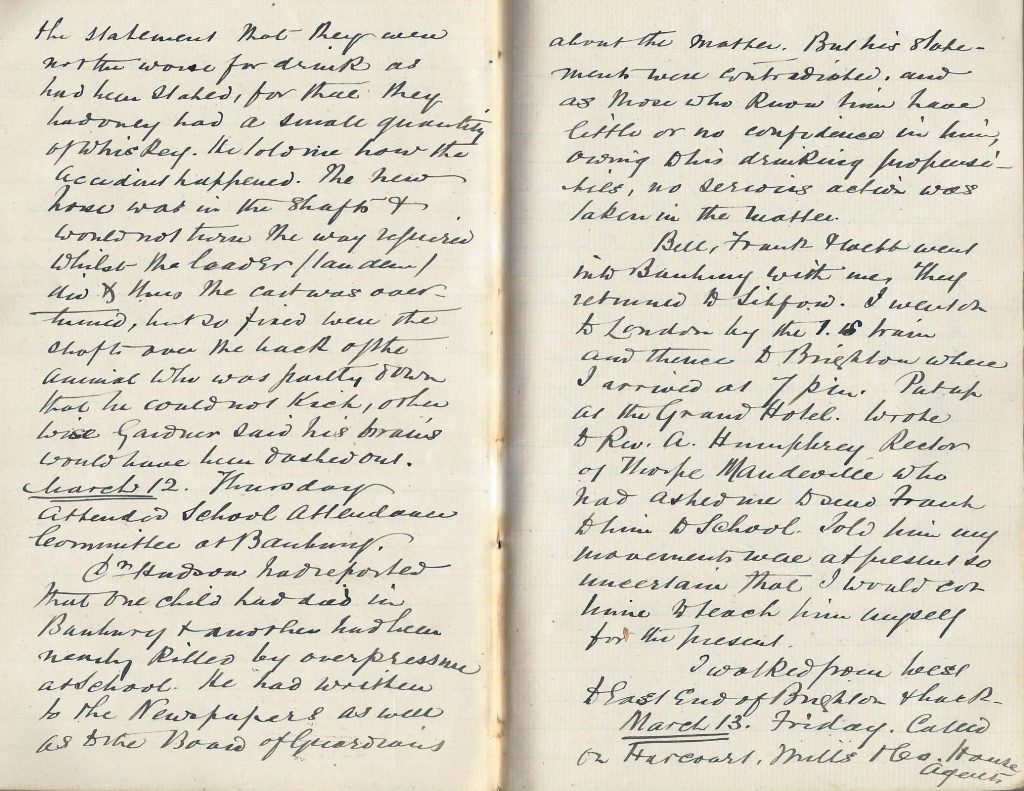 Dr Hudson had reported that one child had died in Banbury and another had been nearly killed by overpressure at school. He had written to the Newspapers as well as the Board of Guardians about the matter. But his statements were contradicted, and as those who know him have little or no confidence in him, owing to his drinking propensities, no serious action was taken in the matter.

Bell, Frank and Webb went into Banbury with me. They returned to Sibford. I went on to London by the 1.15 train and thence to Brighton where I arrived at 7 pm. Put up at the Grand Hotel. Wrote to Rev. A. Humphrey Rector of Thorpe Mandeville who had asked me to send Frank to him to school. I told him my movements were at present so uncertain that I would continue to teach him myself for the present.

I walked from West to East end of Brighton and back.