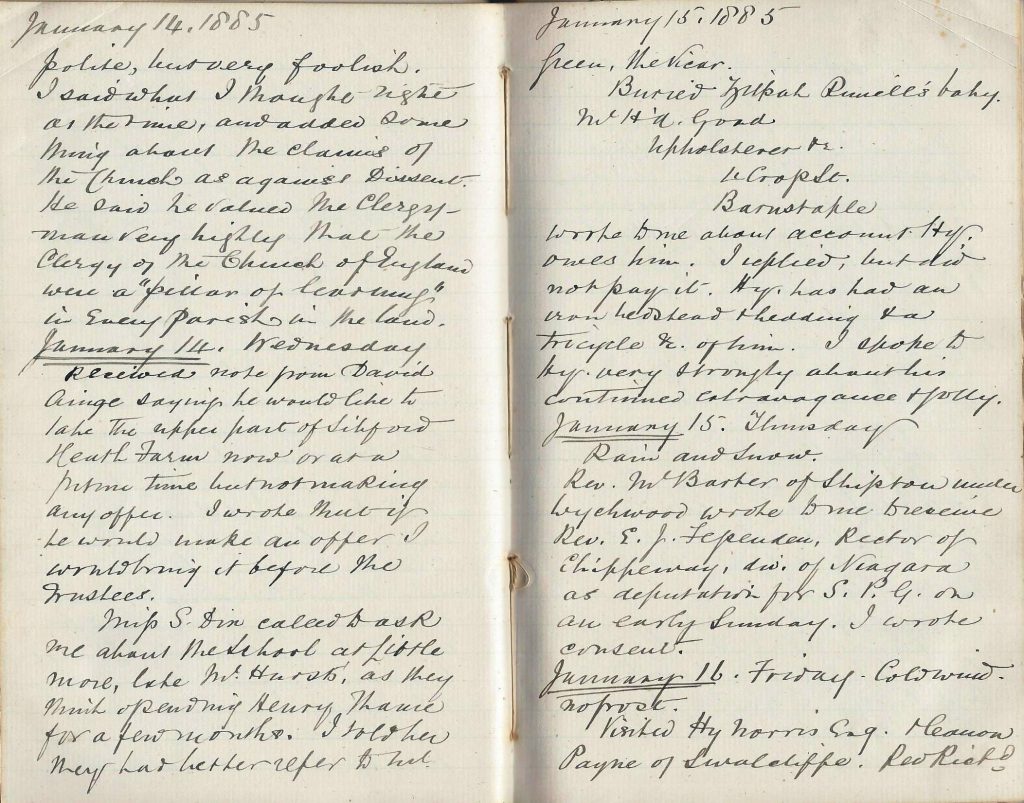 Visited Henry Norris Esq, and Canon Payne of Swalcliffe. Rev Richard Payne his son a naval officer was there.

Visited Brass Band this evening. A Committee meeting afterwards. Albert Young, one of the members, lighted his pipe and began to smoke. I requested him to put it out saying it was quite against the rules and very disrespectful. But he would not put it out. I therefore left the room reminding the members that they had full power to put a stop to such conduct and leaving them to consider what they should do with the offender.