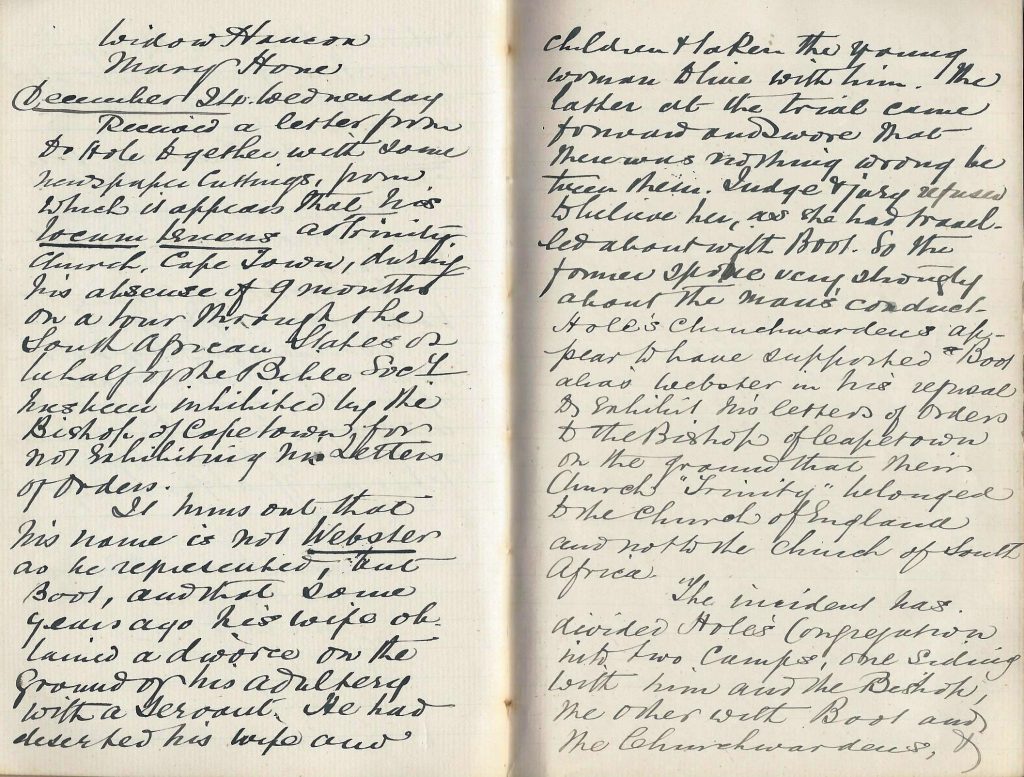 Received a letter from Dr Hole together with some newspaper cuttings, from which it appears that his locum tenens at Trinity Church, Cape Town, during his absence of 9 months on a tour through the South African States on behalf of the Bible Society has been inhibited by the Bishop of Cape town, for not exhibiting his Letters of Orders.

It turns out that his name is not Webster as he represented, but Boot, and that some years ago his wife obtained a divorce on the ground of his adultery with a servant. He had deserted his wife and children and taken the young woman to live with him. The latter at the trial came forward and swore that there was nothing wrong between them. Judge and jury refused to believe her, as she had travelled about with Boot. So the former spoke very strongly about the man’s conduct. Hole’s Churchwardens appear to have supported Boot alias Webster in his refusal to exhibit his Letters of Orders to the Bishop of Cape town on the ground that their Church “Trinity” belonged to the Church of England and not the Church of South Africa.

The incident has divided Hole’s Congregation into two camps, one siding with him and the Bishop, the other with Boot and the Churchwardens, and Hole will therefore be glad to get an appointment in England.

George Harris, my tenant called and paid me his rent. I promised I would look at his kitchen range. and see whether I could give him a new one, which he said John Adkins would supply for 26/-.