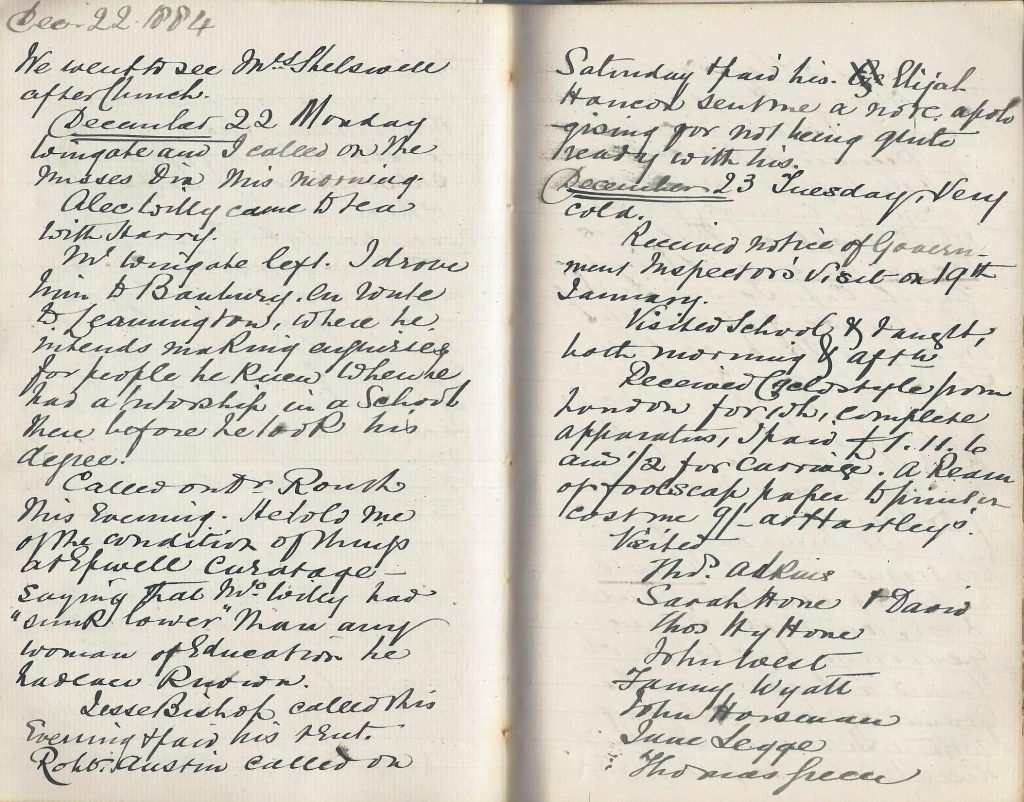 Wingate and I called on the Misses Dix this morning.

Mr Wingate left. I drove him to Banbury en route to Leamington, where he intends making enquiries for people he knew when he had a tutorship in a School there before he took his degree.

Called on Dr Routh this evening. He told me of the condition of things at Epwell Curatage – saying that Mrs Willy had “sunk lower” than any woman of education he had ever known.

Jesse Bishop called this evening and paid his rent. Robert Austin called on Saturday and paid his. Elijah Hancox sent me a note apologising for not being quite ready with his.