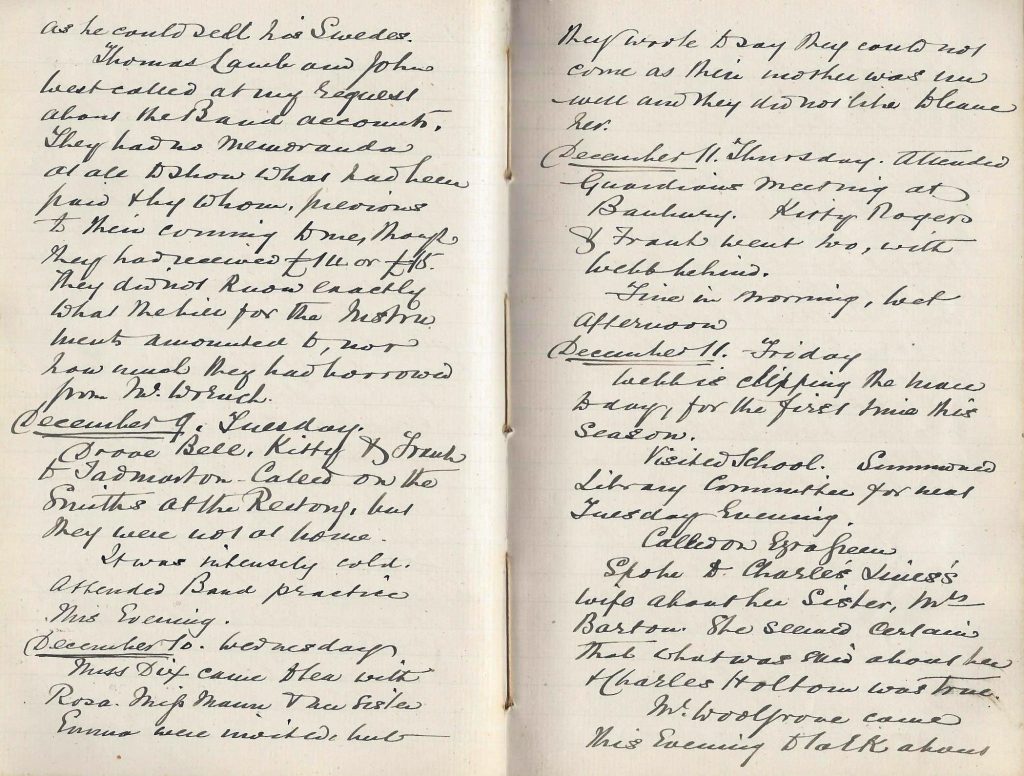 Webb is clipping the mace today, for the first time this season.

Spoke to Charles Lines’s wife about her sister, Mrs Barton. She seemed certain that what was said about her and Charles Holtom was true.

Mr Woolgrove came this evening to talk about the Farm. He had not been able to arrange with the Farm Committee to go round, as Mr Page did not want to have anything to do with apportioning the rent between the two sitting tenants if they wanted to keep on. I told Mr Woolgrove that was of little or no importance. The chief object of the Farm Committee in going over the farm was to see its condition, as regards both cultivation and repair. He had somewhat misunderstood my previous request.

Mr Woolgrove and I decided to ask £80 for the lower side of the farm and £50 for the upper. He said he was going to Oxford with Robert Austin tomorrow and would speak to him about the matter.