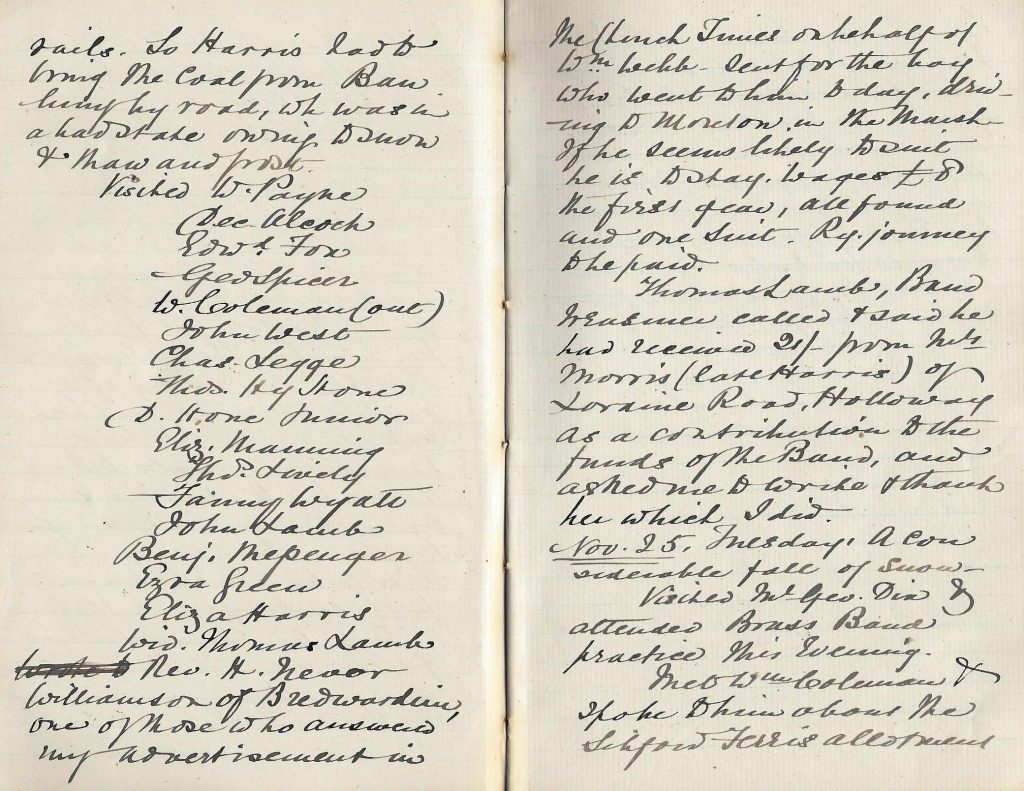 A considerable fall of snow.

Met William Coleman and spoke to him about the Sibford Ferris allotment late ??? to young Tarver, which I had agreed to let Coleman have for half rent the first year. He said it was in a much worse state than he imagined. I told him if I saw him doing his best to get it round I would perhaps let him have it the first year for nothing. He promised to do his best with it.