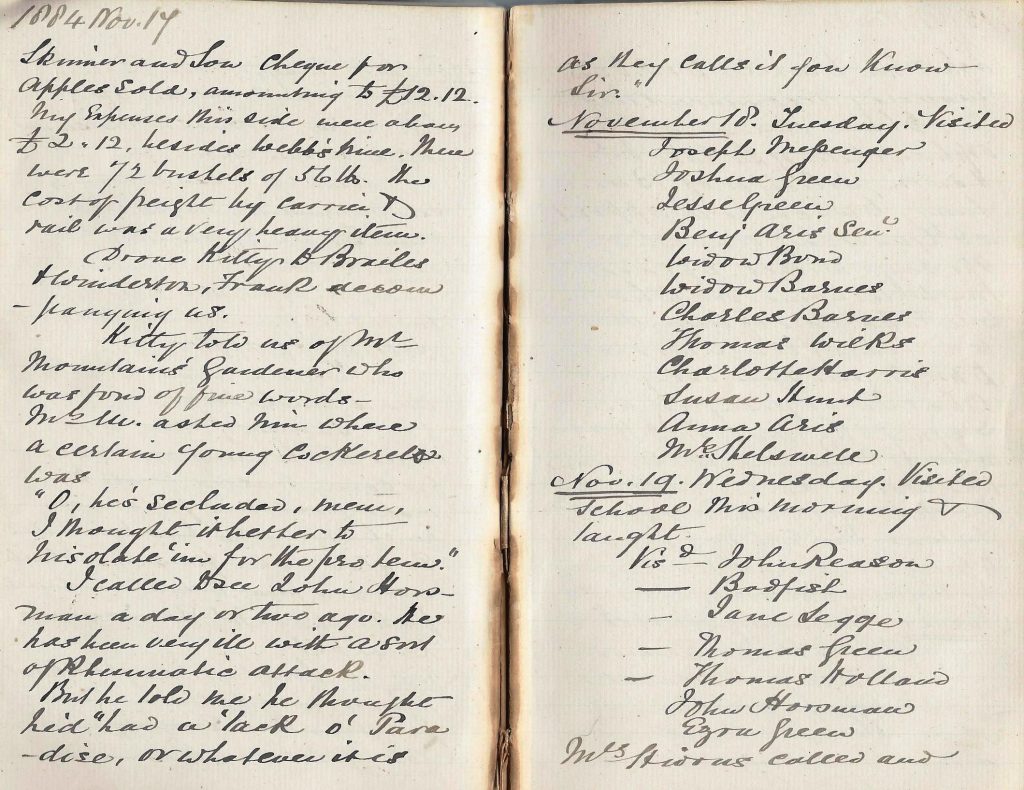 Visited school this morning and taught.

Mrs Hiorns called and asked me to write to Mr Ommanney recommending her to have charge of the orphan child of the late Mr Hawtin, Solicitor of Banbury, to whom he is appointed Guardian and who, she says wishes to place him with some one who will take care of him. He is 5 years old. I wrote to Mr O. and said only what I was justified in saying – viz that Mrs H. was a kind hearted woman who would do her best for the child if in other respects she was the sort of person required; but that she has no children at home.