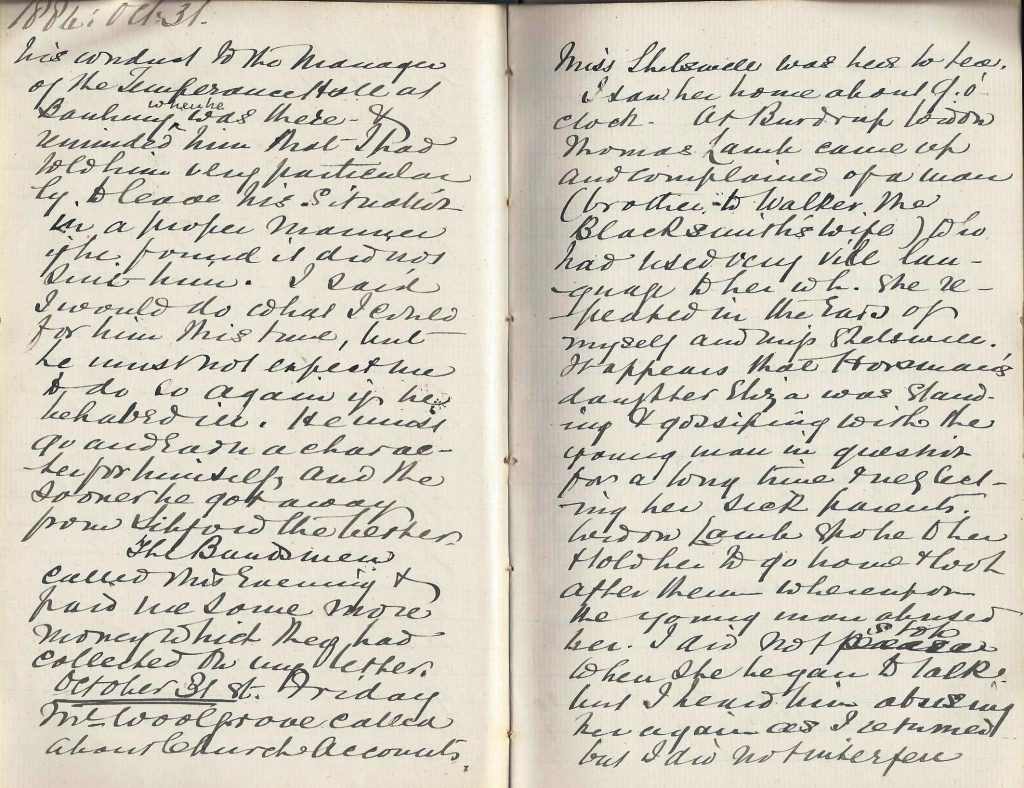 Miss Shelswell was here to tea. I saw her home about 9 o’clock. At Burdrop Widow Thomas came up and complained of a man (brother to Walker the Blacksmith’s wife) who had used very vile language to her which she repeated in the ears of myself and Miss Shelswell. It appears that Horsman’s daughter Eliza was staying and gossiping with the young man in question for a long time and neglecting her sick parents. Widow Lamb spoke to her and told her to go home to look after them whereupon the young man abused her. I did not stop when she began to talk but I heard him abusing her again as I returned but I did not interfere as she was close to her own door and and had acted very unwisely in coming up to me in the way she did. I afterwards spoke to Eliza Horsman about the matter, and on Mrs Lamb too. The young man left Sibford soon after this.

I sent to Skinner & Son Fruit Salesmen of Covent Garden for 6 dozen baskets in which to send them my apples for sale, the dealers here not offering what I consider a fair price for them.