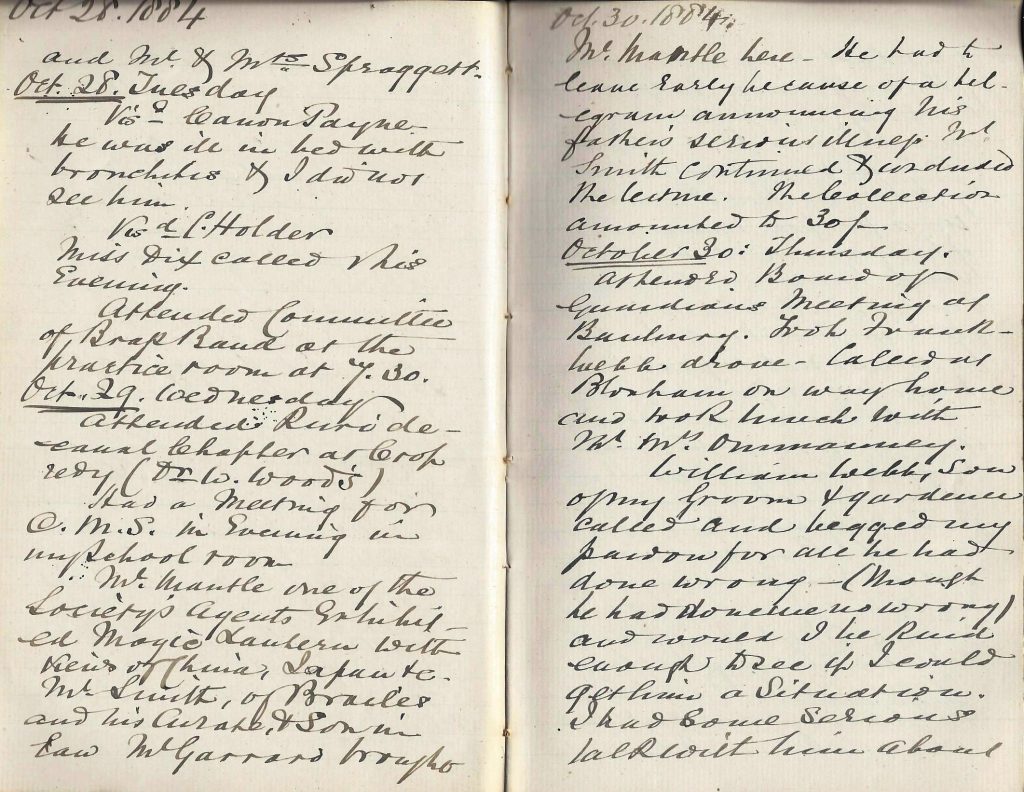 Attended Board of Guardians Meeting at Banbury. Took Frank – Webb drove. Called at Bloxham on way home and took lunch with Mr and Mrs Ommanney.

William Webb, son of my groom and gardener called and begged my pardon for all he had done wrong (though he had done me no wrong) and would I be kind enough to see if I could get him a Situation. I had some serious talk with him about his conduct to the manager of the Temperance Hall at Banbury when he was there – and reminded him that I had told him very particularly to leave his situation in a proper manner if he found it did not suit him. I said I would do what I could for him this time, but he must not expect me to do so again if he behaved ill. He must go and earn a character for himself, and the sooner he got away from Sibford the better.

The Bandsmen called this evening and paid me some more money which they had collected on my letter.