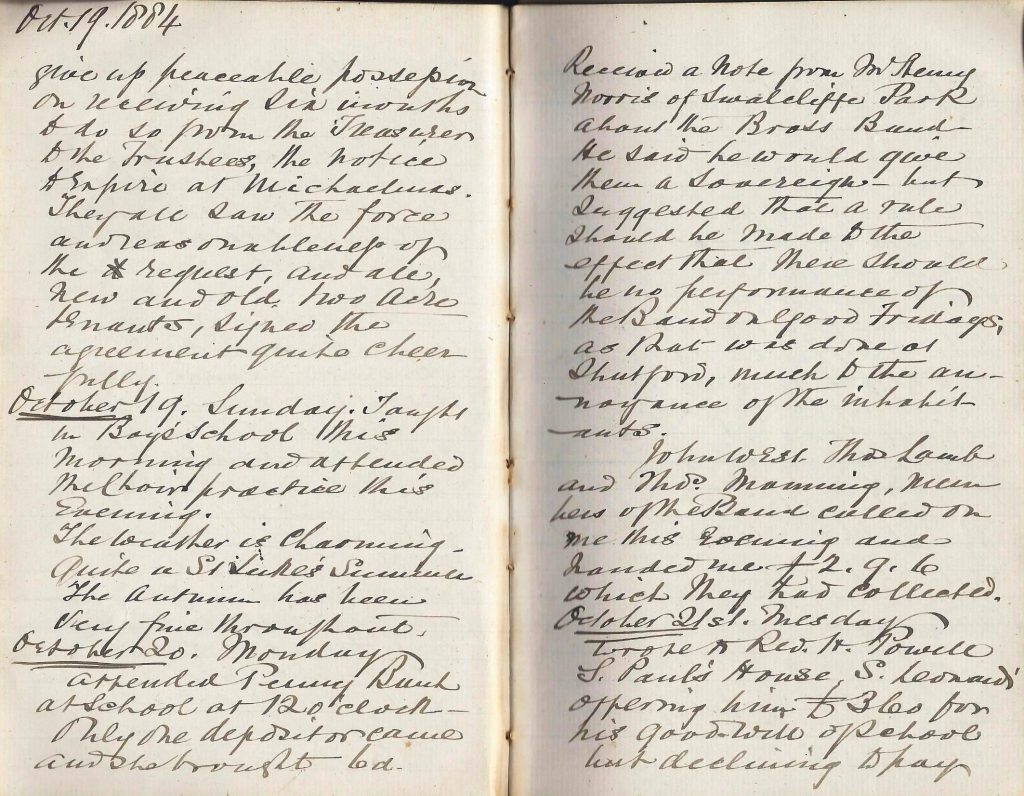 Attended Penny Bank at School at 12 o’clock – only one depositor came and she brought 6d.

Received note from Mr Henry Norris of Swalcliffe Park about the Brass Band. he said he would give them a sovereign – but suggested that a rule should be made to the effect that there should be no performance of the Band on Good Fridays, as that was done at Shutford, much to the annoyance of the inhabitants.

John West, Thomas Lamb and Thomas Manning, members of the Band called on me this evening and handed me £2.9.6 which they had collected.