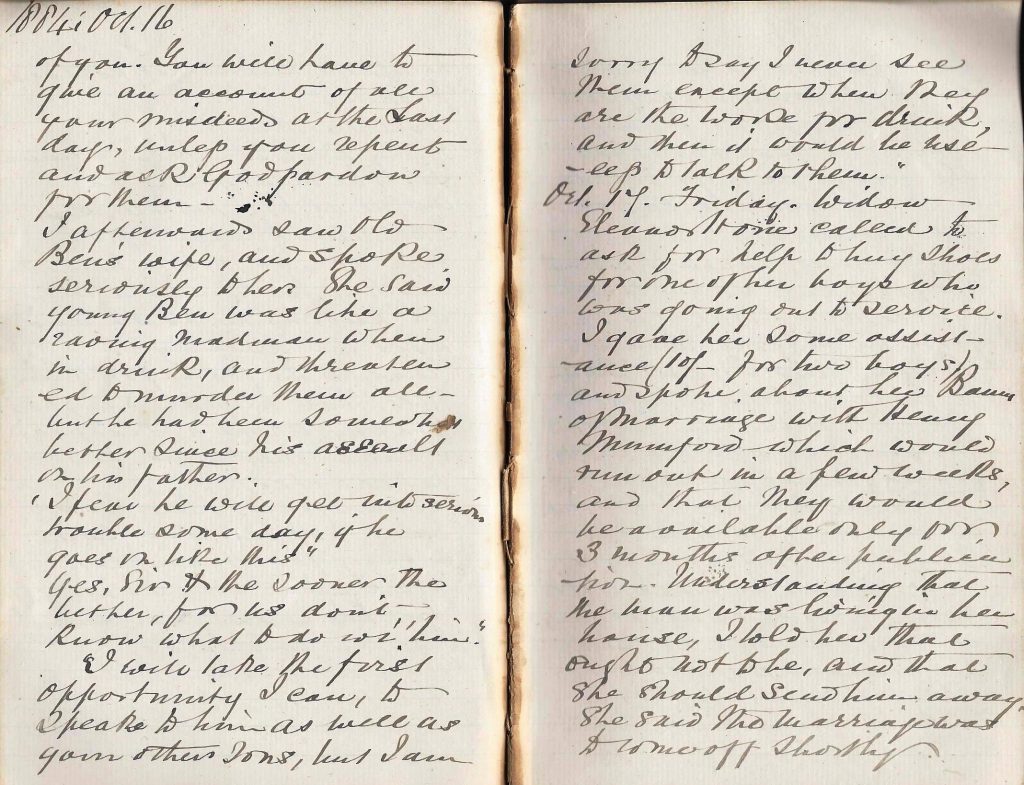 Widow Eleanor Hone called to ask for help to buy shoes for one of her boys who was going out to service. I gave her some assistance (10/- for two boys) and spoke about her Banns of Marriage with Henry Mumford which would run out in a few weeks, and that they would be available only for 3 months after publication. Understanding that the man was living in her house, I told her that ought not to be, and that she should send him away. She said the marriage was to come off shortly.

Jane Haynes called and asked for some money off her clothing ticket to buy boots. I gave her what she needed and 1/6 besides.

Thomas Lamb, Richard Gaydon and John West called as a deputation from the “Sibford Brass Band”, and I gave them a letter to take to persons likely to subscribe towards the purchase of instruments.