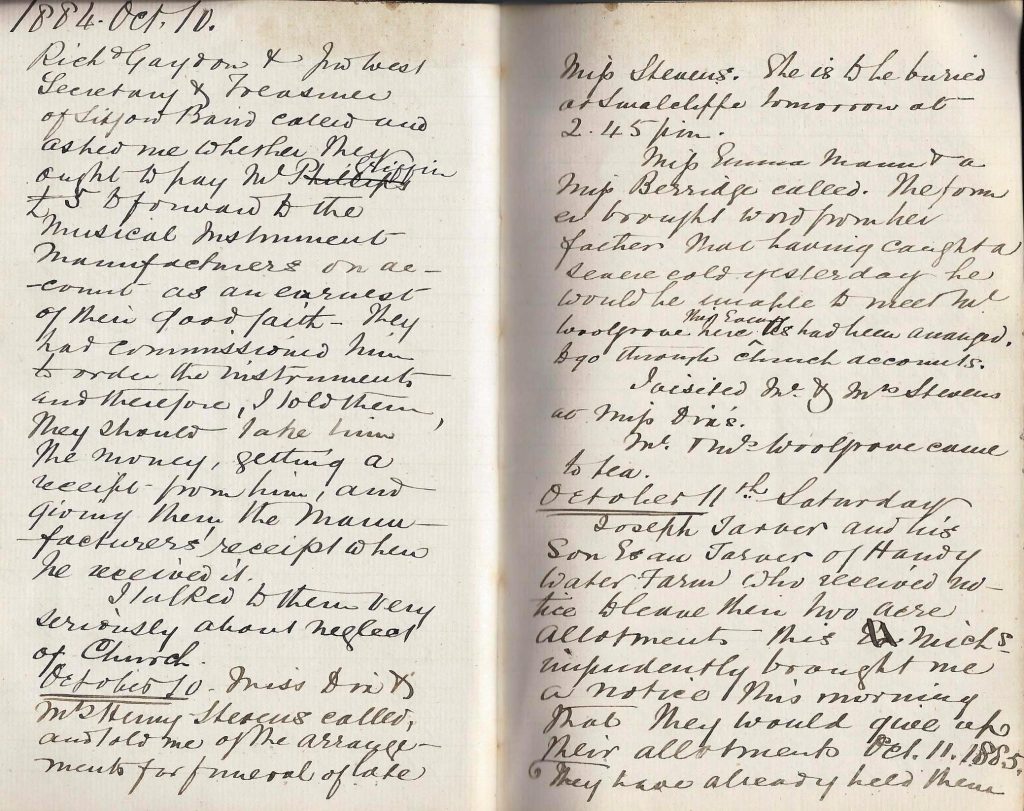 Joseph Tarver and his son Esau Tarver of Handy Water Farm who received notice to leave their two acre allotments this Michaelmas independently brought me a notice this morning that they would give up their allotments Oct. 11 1885. They have already held them nearly two years since taking their farm, which is contrary to the intention of the Trustees, and simply want to wear the land out. I have already let both the 2 acre pieces as I have understood all along that they were going out this Michaelmas.

I therefore wrote to Fortescue & Sons, Solicitors of Banbury stating the case and asking them to write to them on behalf of the trustees.