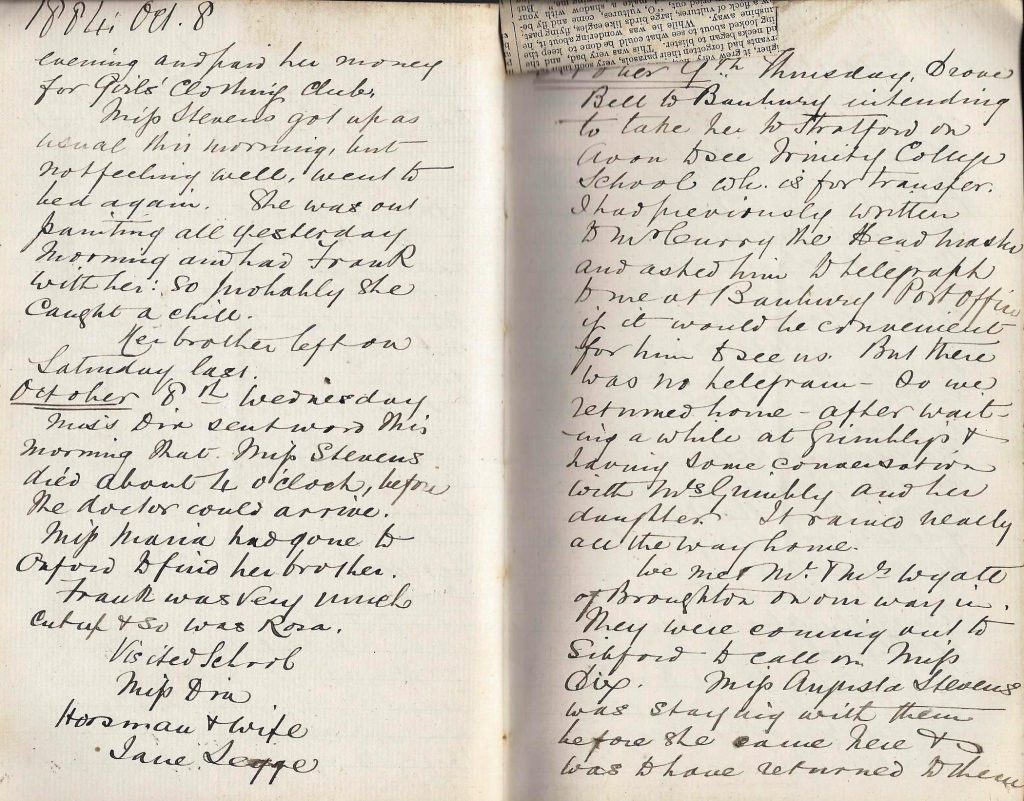 Drove Bell to Banbury intending to take her to Stratford on Avon to see Trinity College School which is for transfer. I had previously written to Mr Curry the Head Master and asked him to telegraph to me at Banbury Post Office if it would be convenient for him to see us. But there was no telegram – so we returned home – after waiting a while at Grimbly’s and having some conversation with Mrs Grimbly and her daughter. It rained nearly all the way home.

We met Mr and Mrs Wyatt of Broughton on our way in. They were coming out to Sibford to call on Miss Dix. Miss Augusta Stevens was staying with them before she came here and was to have returned to them.

Richard Gaydon and John West Secretary and Treasurer of Sibford Band called and asked me whether they ought to pay Mr Griffin £5 to forward to the Musical Instrument Manufacturers on account as an earnest of their good faith. They had commissioned him to order the instruments and therefore, I told them, they should take him the money, getting a receipt from him, and giving them the Manufacturers’ receipt when he received it. I talked to them very seriously about neglect of Church.