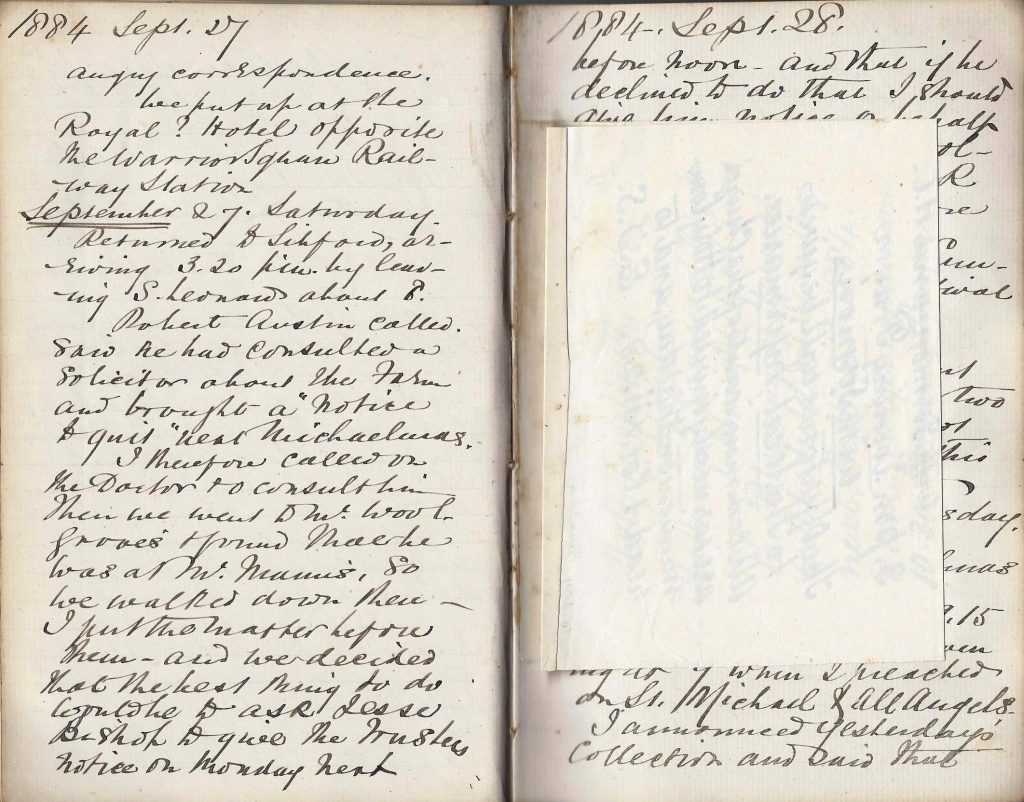 Returned to Sibford, arriving 3.20 pm by leaving St Leonards about 8.

Robert Austin called, said he had consulted a solicitor about the Farm and brought a “notice to quit” next Michaelmas. I therefore called on the Doctor to consult him. Then we went to Mr Woolgrove’s and found that he was at Mr Mann’s, so we walked down there. I put the matter before them and we decided that the best thing to do would be to ask Jesse Bishop to give the Trustees notice on Monday next before noon – and that if he declined to do that I should give him notice on behalf of the Trustees. Mr Woolgrove promised to ask him to call on me before 12 on Monday.