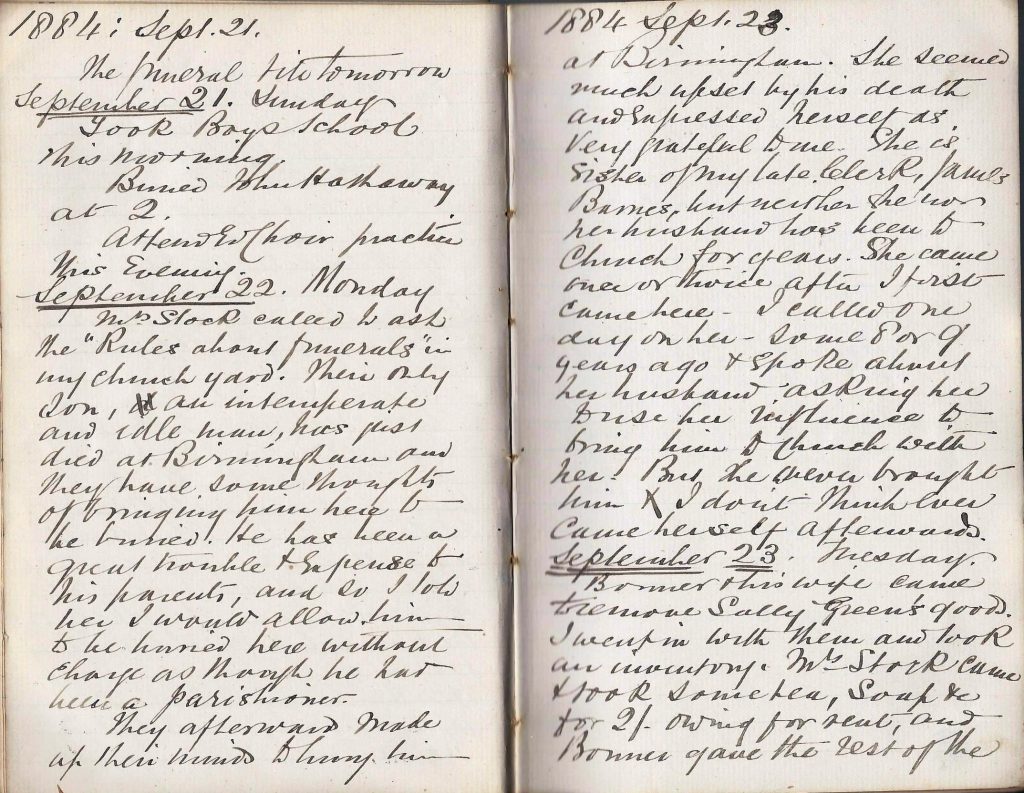 Mrs Stock called to ask the “Rules about funerals” in my church yard. Their only son, an intemperate and idle man, has just died at Birmingham and they have some thoughts of bringing him here to be buried. He has been a great trouble and expense to his parents, and so I told her I would allow him to be buried here without charge as though he had been a parishioner.

They afterwards made up their minds to bury him at Birmingham. She seemed much upset by his death and expressed herself as very grateful to me. She is sister of my late Clerk, James Barnes, but neither she nor her husband has been to Church for years. She came once or twice after I first came here – I called one day on her – some 8 or 9 years ago and spoke about her husband, asking her to use her influence to bring him to Church with her. But she never brought him and I don’t think ever came herself afterwards.