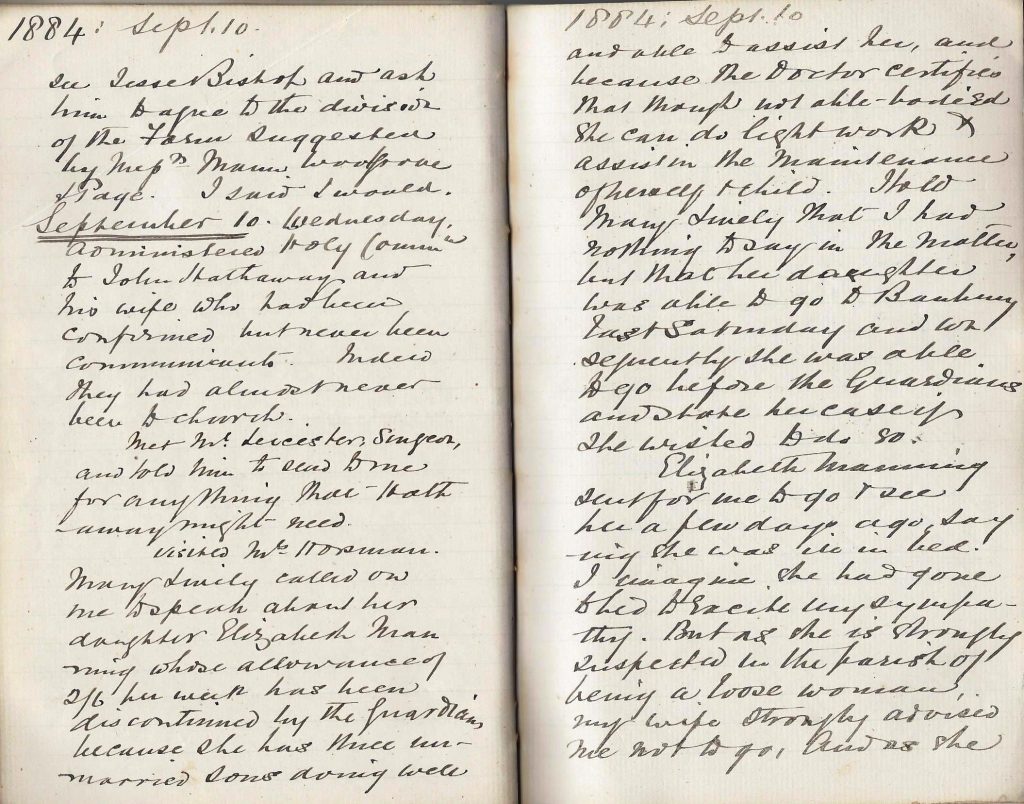 Administered Holy Communion to John Hathaway and his wife who had been confirmed but never been communicants. Indeed they had almost never been to church.

Met Mr Leicester, surgeon, and told him to send to me for anything that Hathaway might need.

Visited Mrs Horsman. Mary Lively called on me to speak about her daughter Elizabeth Manning whose allowance of 2/6 per week has been discontinued by the Guardians because she has three unmarried sons doing well and able to assist her, and because the Doctor certifies that though not able-bodied she can do light work and assist in the maintenance of herself and child. I told Mary Lively that I had nothing to say in the matter, but that her daughter was able to go to Banbury last Saturday and consequently she was able to go before the Guardians and state her case if she wished to do so.

Elizabeth Manning sent for me to go and see her a few days ago saying she was ill in bed. I imagine she had gone to bed to excite my sympathy. But as she is strongly suspected in the parish of being a loose woman, my wife strongly advised me not to go, and as she has forsaken the church and removed her children from the Sunday School to send them to the Methodists, or the quakers, under Miss Capper’s influence, I declined to go. The next day she told Mrs Elley she wanted to see me about the Guardians taking off her allowance which quite determined me in my refusal to go to her. I therefore sent word that she must apply to the Guardians either personally or through Bonner.