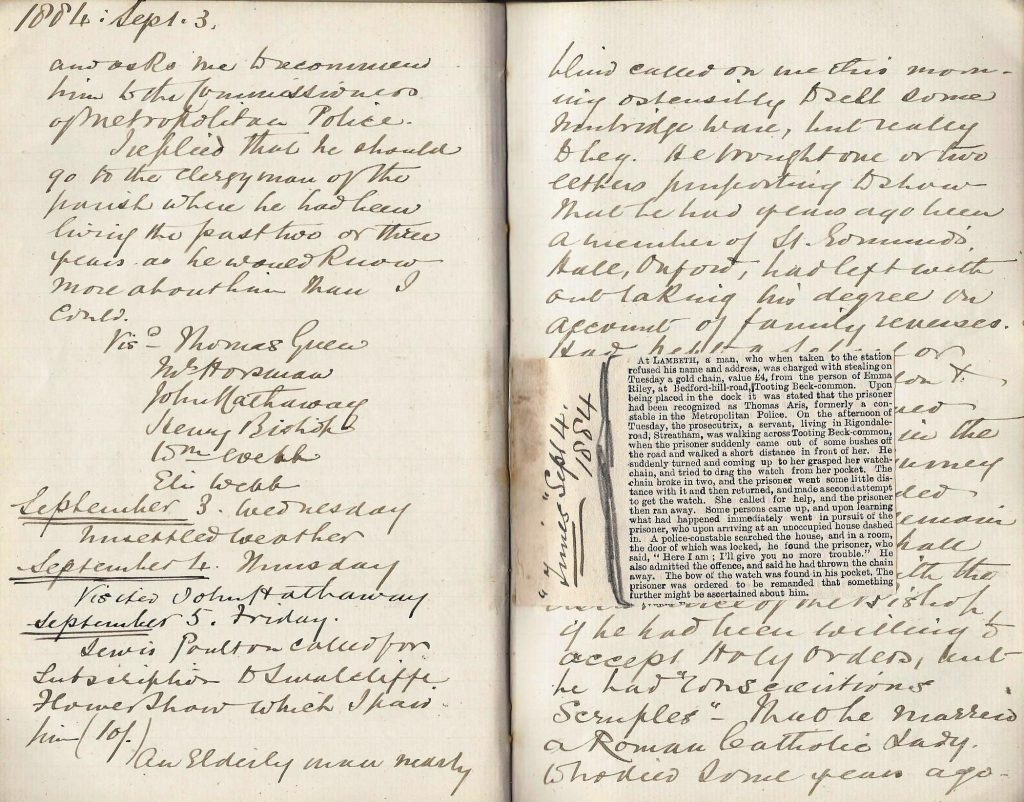 Cutting from The Times, 4 September 1884

At LAMBETH, a man, who when taken to the station refused his name and address, was charged with stealing Tuesday a gold chain, value £4, from the person of Emma Riley, at Bedford-hill-road, Tooting Beck-common. Upon being placed in the dock it was stated that the prisoner had been recognised as Thomas Aris, formerly a constable in the Metropolitan Police. On the afternoon of Tuesday, the prosecutrix, a servant, living in Rigondale-road, Streatham, was walking across Tooting Beck-common, when the prisoner suddenly came out of some bushed off the road and walked a short distance in front of her. He suddenly turned and coming up to her grasped her watch-chain and tried to drag the watch from her pocket. The chain broke in two, and the prisoner went some little distance with it and then returned, and made a second attempt to get the watch. She called for help, and the prisoner then ran away. Some persons came up, and upon learning what had happened immediately went in pursuit of the prisoner, who upon arriving at an unoccupied house dashed in. A police-constable searched the house, and in a room, the door of which was locked, he found the prisoner, who said “Here I am ; I’ll give you no more trouble.”  He also admitted the offence, and said he had thrown the chain away. The bow of the watch was found in his pocket. The prisoner was ordered to be remanded that something further might be ascertained about him.