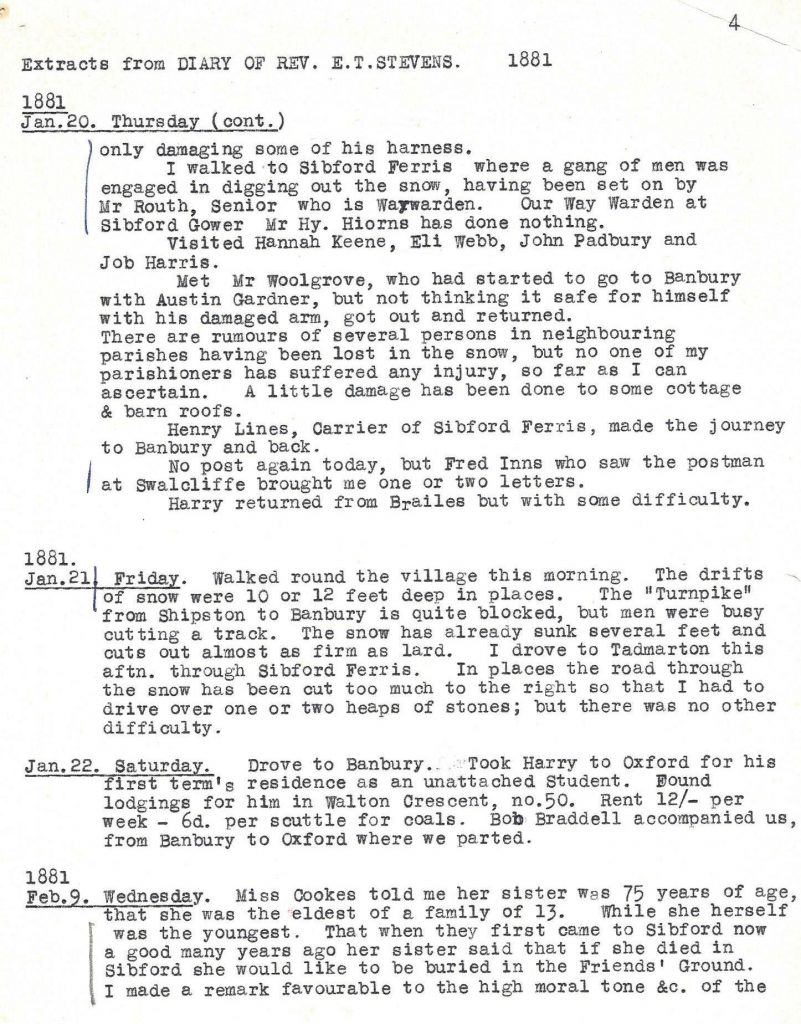 Walked round the village this morning. The drifts of snow were 10 or 12 feet deep in places. The “Turnpike” from Shipston to Banbury is quite blocked, but men were busy cutting a track. The snow has already sunk several feet and cuts out almost as firm as lard. I drove to Tadmarton this afternoon through Sibford Ferris. In places the road through the snow has been cut too much to the right so that I had to drive over one or two heaps of stones; but there was no other difficulty.