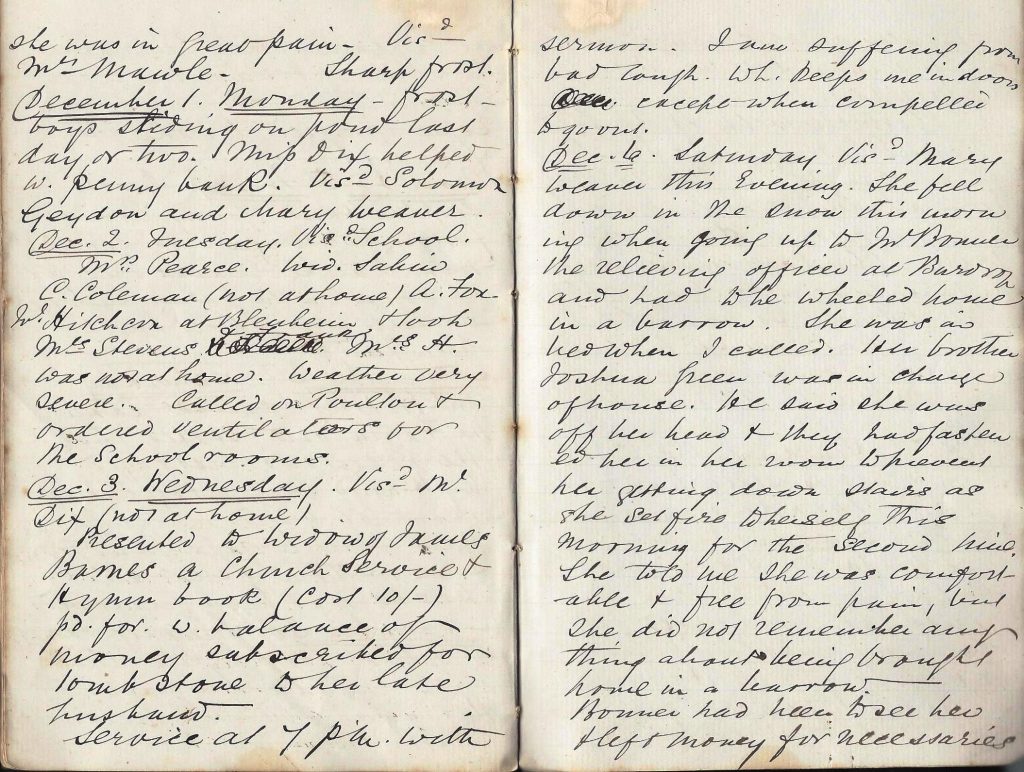 Visited Mary Weaver this evening. She fell down in the snow this morning when going up to Mr Bonner the relieving officer at Burdrop and had to be wheeled home in a barrow. She was in bed when I called. Her brother Joshua Green was in charge of house. He said she was off her head and they had fastened her in her room to prevent her getting down stairs as she set fire to herself this morning for the second time. She told me she was comfortable and free from pain, but she did not remember anything about being brought home in a barrow. Bonner had been to see her and left money for necessaries and had also made arrangements for her removal to the “House” on Monday.

Charlotte Webb of the “Pig and Whistle” Cottage has scarlet fever – caught the Doctor says from a tramp who called at the house for a drink of water. Charlotte gave it him but he was in such a filthy state and smelt so horribly that it made her sick at once – she being rather delicate – and in 3 days scarlet fever developed itself.