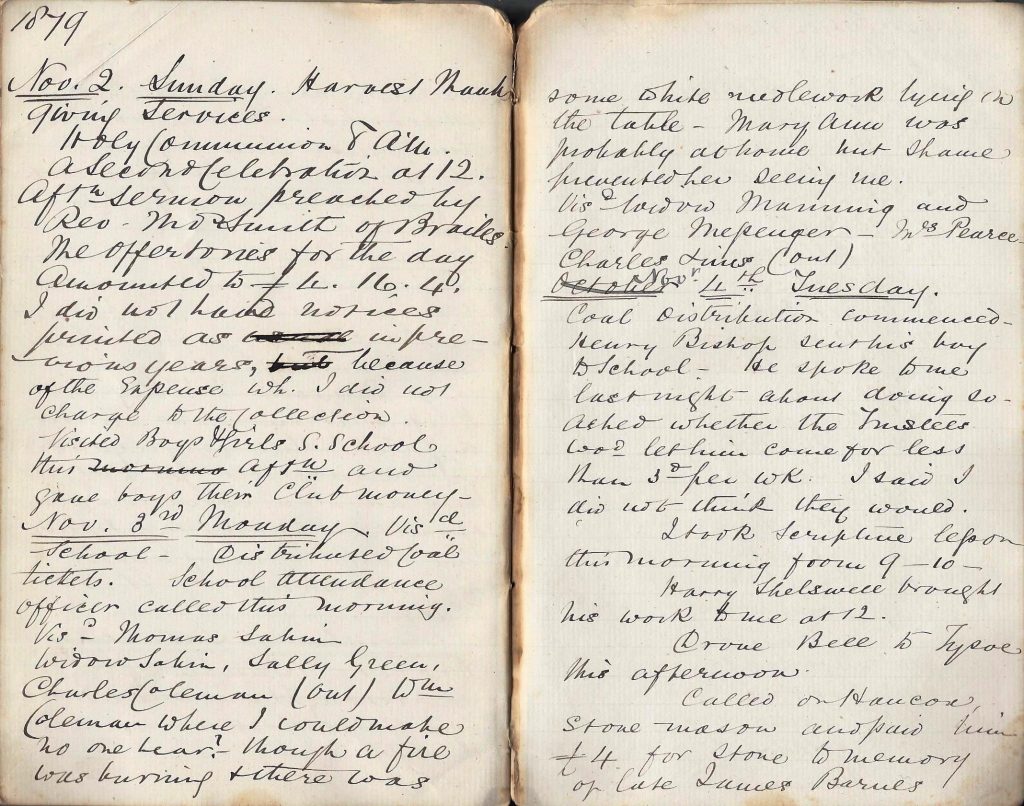 Visited Thomas Sabin, Widow Sabin, Sally Green, Charles Coleman (out), William Coleman where I could make no one hear? – though a fire was burning and there was some white needlework lying on the table – Mary Ann was probably at home but shame prevented her from seeing me.