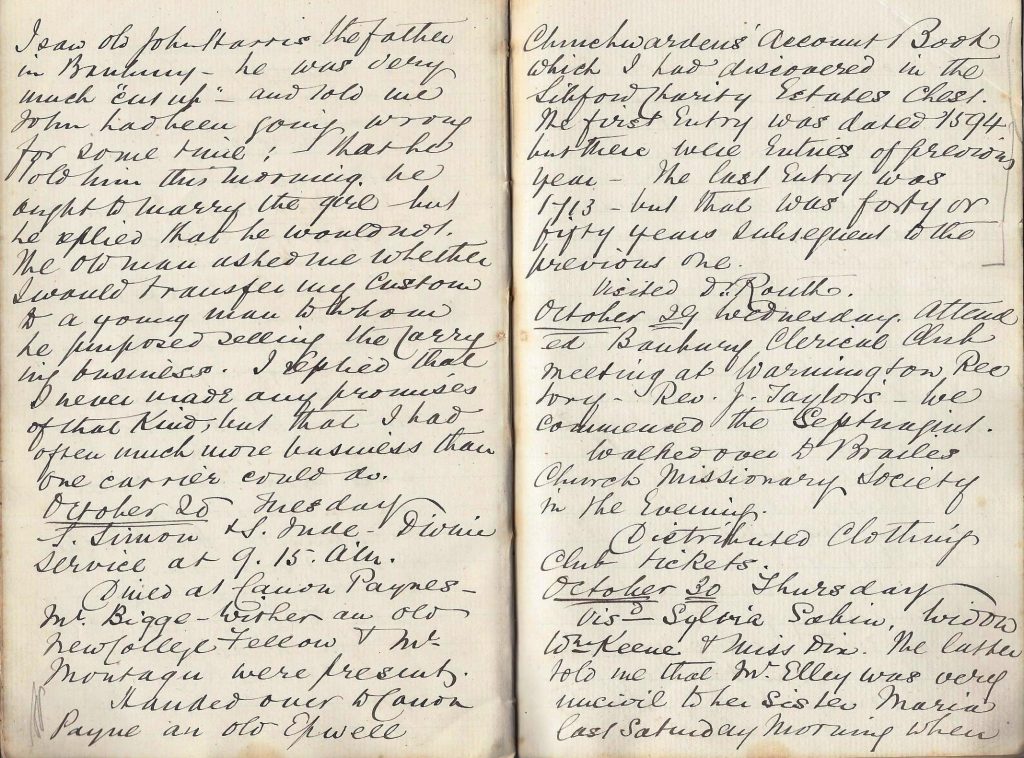 Visited Sylvia Sabin, Widow William Keene and Miss Dix. The latter told me that Mr Elley was very uncivil to her sister Maria last Saturday morning when she called at his house for key to get some of the Church Choir books. Maria D. appeared to have been much hurt.

On my return home I learnt that Mr Elley was very unwell that morning with severe diarrhea and pains in his limbs so that he had to send for the doctor. I told Miss Dix the substance of this in a note saying I thought it palliated though it did not altogether excuse his rudeness. It appears Miss Maria had called at the house three times at very brief intervals for the keys – probably she spoke in a somewhat irritated and authoritative manner without intending it and Mr Elley who said the books were locked in class room the key of which was in his desk, on being asked for it declined to give her the key of his desk and added that he was not inclined just then to go and get it. I therefore took no further notice of the matter.