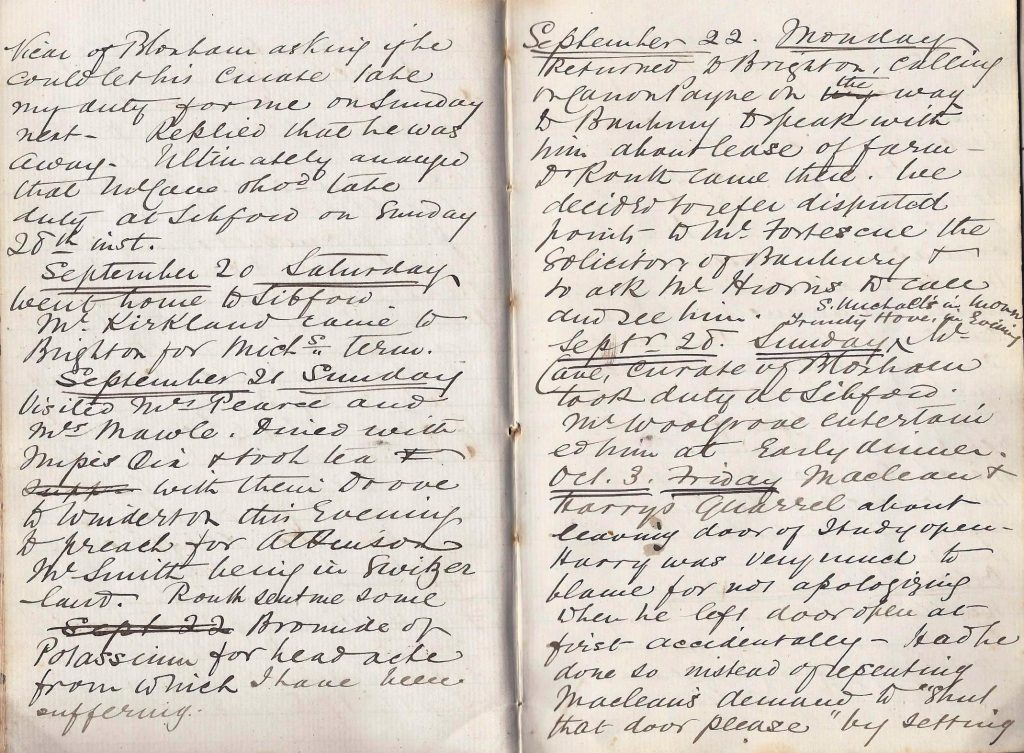 Maclean and Harry’s quarrel about leaving door of study open – Harry was very much to blame for not apologising when he left door open at first accidentally. Had he done so instead of resenting Maclean’s demand to “shut that door please” by setting it open a second time purposely and then removing the key – there would have been no unseemly quarrel. Maclean was very much put out and spoke to me in such a way as made it necessary for me to call him to order. It all occurred in my absence – but Maclean told me of it after dinner announcing that he could not stay in the house where my son was any longer – and that he could not return to my house even if he did not pass his examination. He apologized when I told him it was not the thing for a pupil to threaten his tutor in that way.