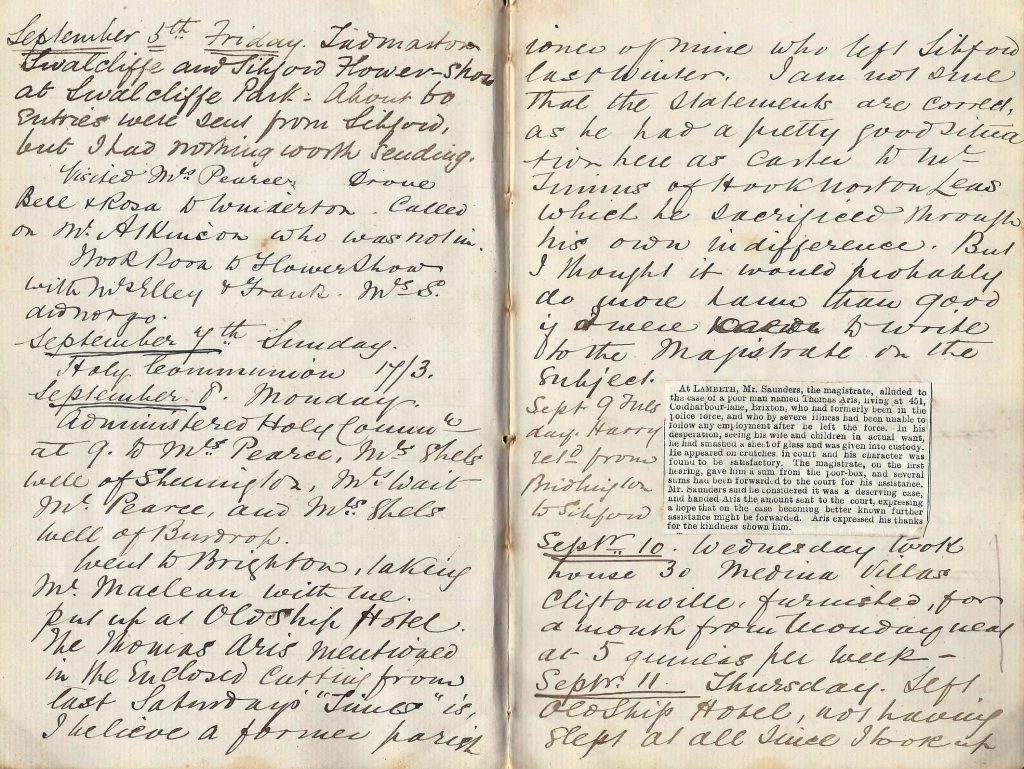 Went to Brighton, taking Mr Maclean with me. Put up at Old Ship Hotel.

The Thomas Aris mentioned in the enclosed cutting from last Saturday’s “Times” is I believe a former parishioner of mine who left Sibford last winter. I am not sure that the statements are correct, as he had a pretty good situation here as carter to Mr Timms of Hook Norton Leas which he sacrificed through his own indifference. But I thought it would probably do more harm than good if I were to write to the magistrate on the subject.

Cutting from The Times

At LAMBETH, Mr. Saunders, the magistrate, alluded to the case of a poor man named Thomas Aris, living at 451, Coldharbour Lane, Brixton, who had formerly been in the police force, and who by severe illness had been unable to follow any employment after he left the force. In his desperation, seeing his wife and children in actual want, he had smashed a sheet of glass and was given into custody. He appeared on crutches in court and his character was found to be satisfactory. The magistrate, on the first hearing, gave him a sum from the poor·box, and several sums had been forwarded to the court for his assistance. Mr Saunders said he considered it was a deserving case, and handed Aris the amount sent to the court, expressing a hope that on the case becoming better known further assistance might be forwarded. Aris expressed his thanks for the kindness shown him.