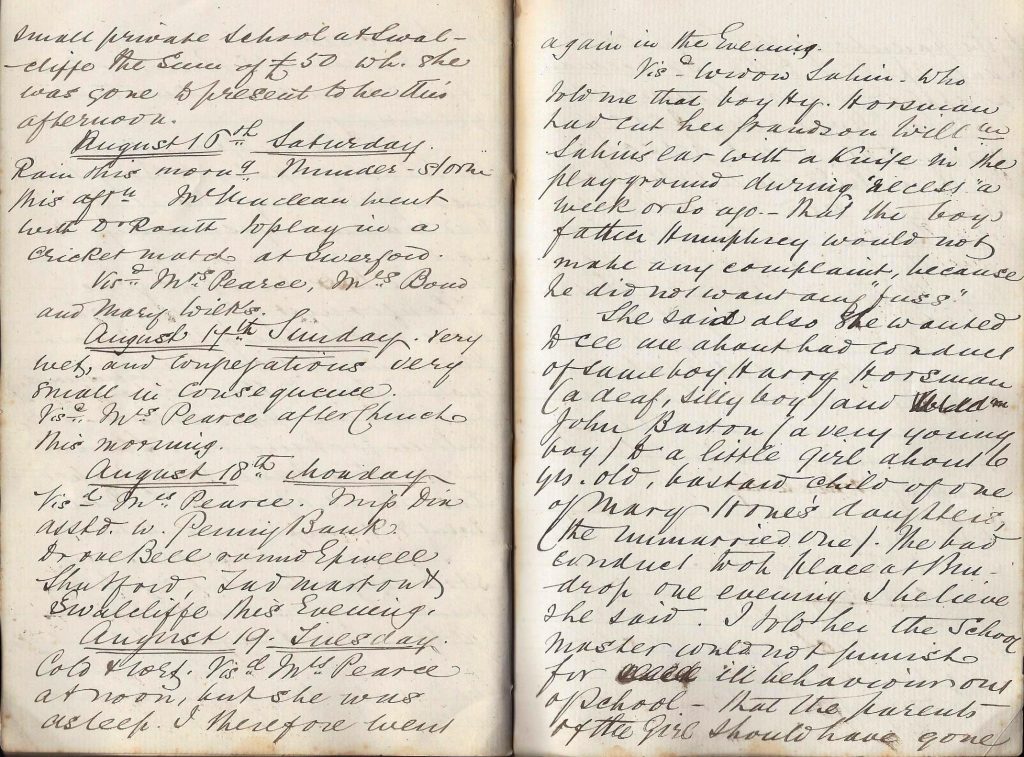 Cold and wet. Visited Mrs Pearce at noon, but she was asleep. I therefore went again in the evening.

Visited Widow Sabin, who told me that the boy Harry Horsman had cut her grandson William Sabin’s ear with a knife in the playground during “recess” a week or so ago, that the boy’s father Humphrey would not make any complaint, because he did not want any “fuss”.

She said also she wanted to see me about bad conduct of same boy Harry Horsman (a deaf, silly boy) and John Barton (a very young boy) to a little girl about 6 years old, bastard child of one of Mary Hone’s daughters (the unmarried one). The bad conduct took place at Burdrop one evening I believe she said. I told her the school master could not punish for ill behaviour out of school – that the parents of the girl should have gone to the parents of the boys or have spoken to the policeman or applied for a summons. I told her I was very sorry to say that some persons set their children a very bad example – and did not care what became of them or what evil they learnt or did, do long as they were out of their way.

Visited Widow Wyatt. From both her and Widow Sabin and others I learnt that Sally Green was very bad and noisy this morning, using vile language. I told them that they should apply to the magistrates to have her sent to the asylum.