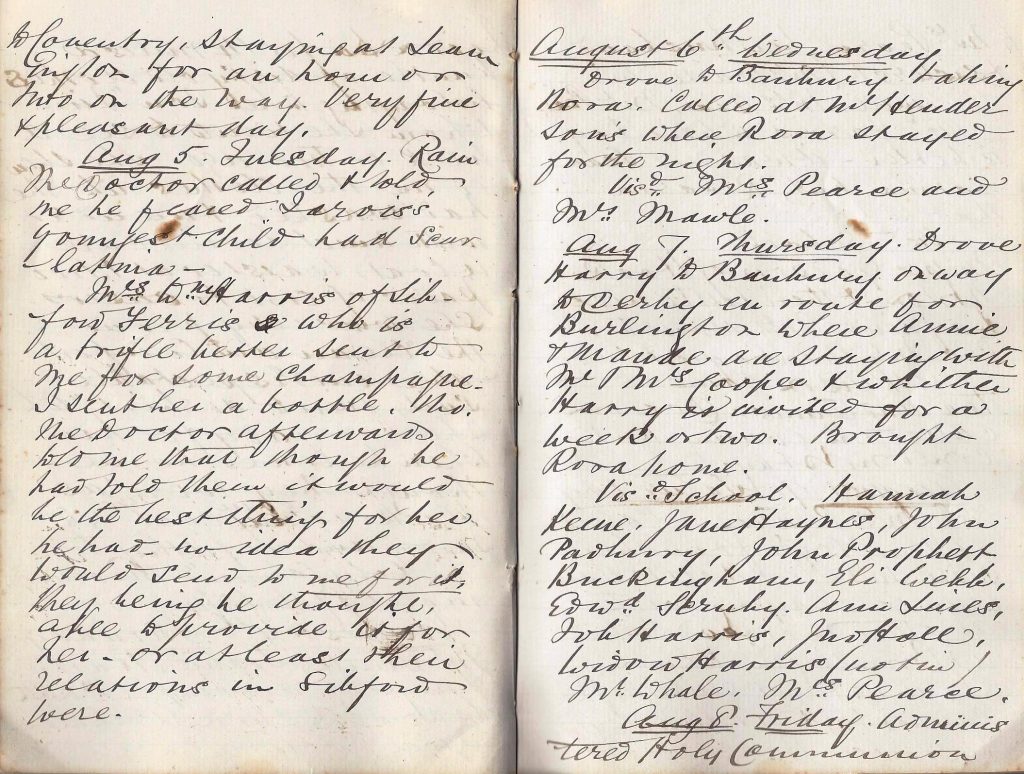 The Doctor called and told me he feared Jarvis’s youngest child had scarlatina.

Mrs William Harris of Sibford Ferris who is a trifle better sent to me for some champagne. I sent her a bottle, though the Doctor afterwards told me that though he had told them it would be the best thing for her he had no idea they would send to me for it, they being he thought, able to provide it for her – or at least their relations in Sibford were.