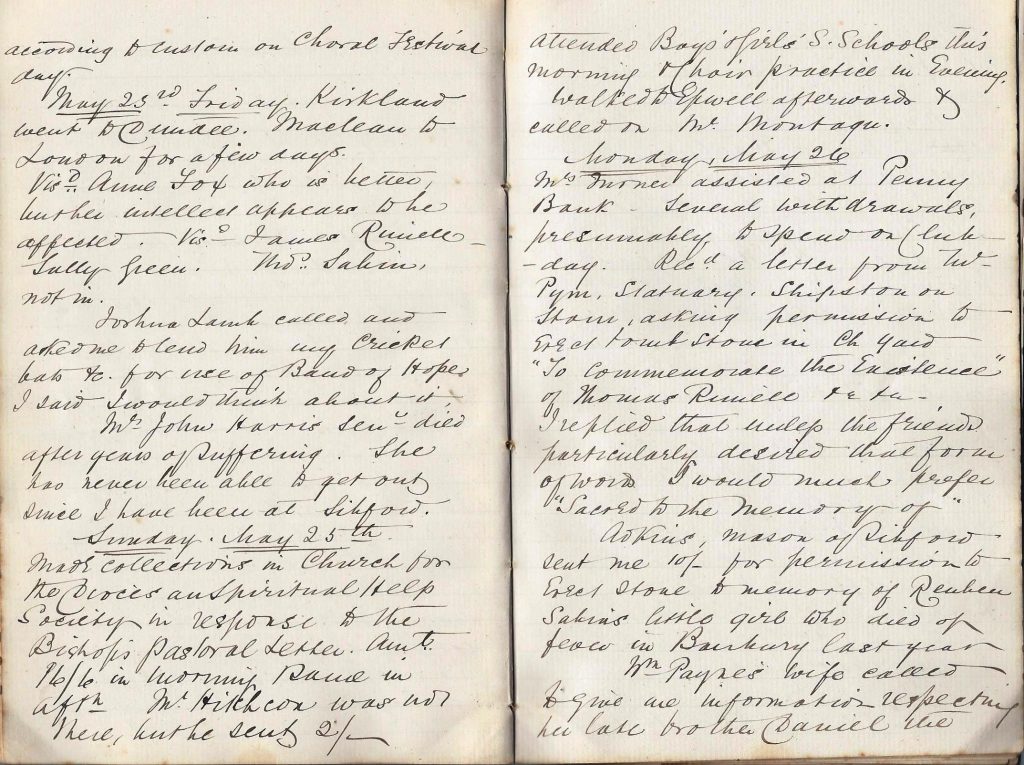 Received a letter from Mr Pym, Statuary, Shipston on Stour, asking permission to erect tombstone in Church yard “To commemorate the Existence” of Thomas Rimell etc etc. I replied that unless the friends particularly desired that form of words I would much prefer “Sacred to the memory of”.

Adkins, mason of Sibford sent me 10/- for permission to erect stone to memory of Reuben Sabin’s little girl who died of fever in Banbury last year.

Wiliam Payne’s wife called to give me information respecting her late brother Daniel the soldier reported to be dead, to enable me to fill up a form sent me from the War Office.