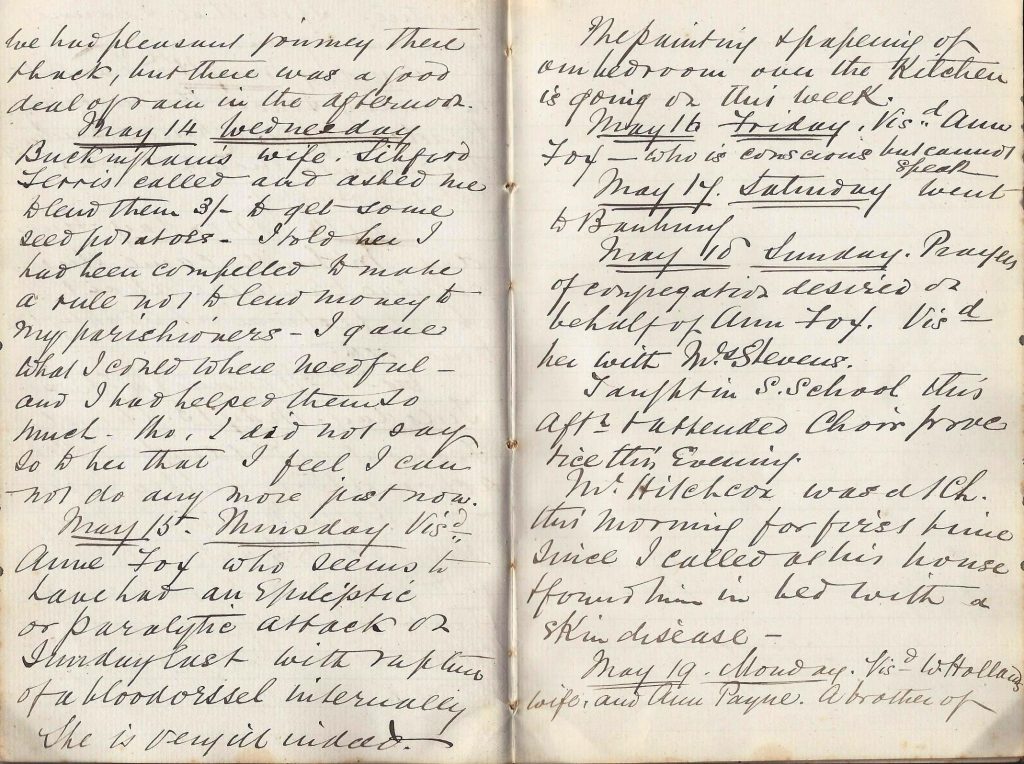 Visited William Holland’s wife, and Ann Payne. A brother of the latter named Henry Padbury is reported to have committed suicide at Stratford on Avon last week – and another brother Daniel who was a soldier in India 85th foot is reported to be dead.

Mr Kirkland was taken unwell this evening similar though not nearly so severe an attack as he had before Easter. Sent for Mr Routh who came and gave him some medicine.