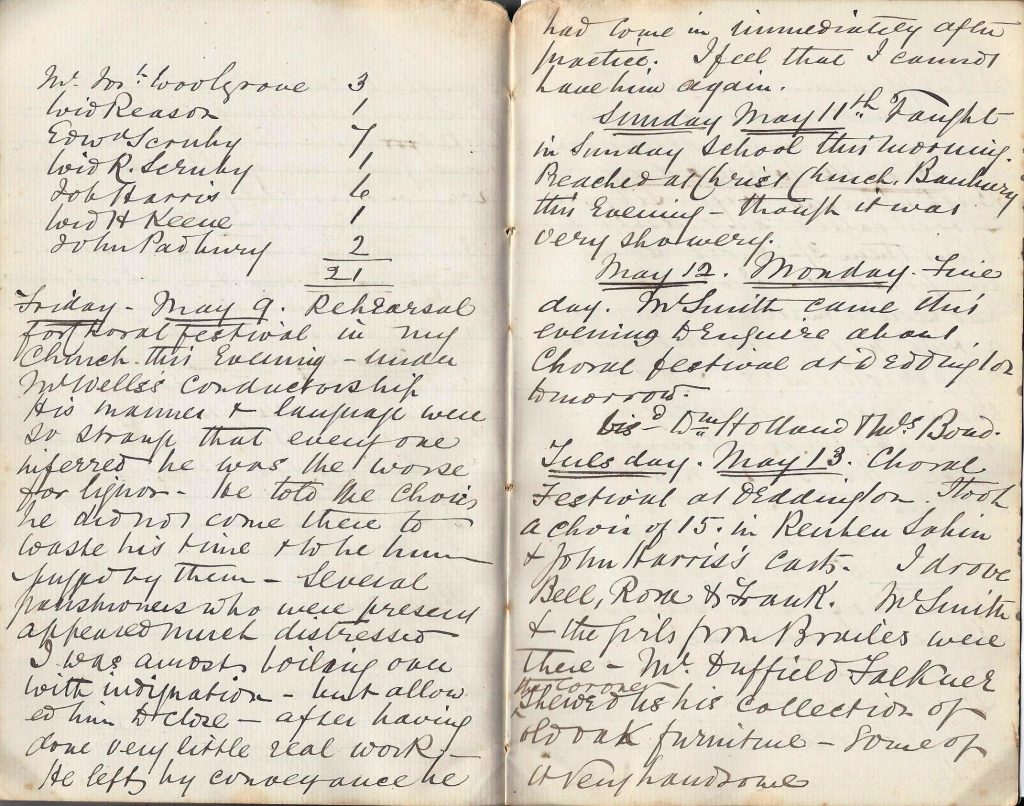 Rehearsal for Choral festival in my Church this evening – under Mr Wells’s conductorship. His manner and language were so strange that every one inferred he was the worse for liquor. He told the choirs he did not come there to waste his time and to be humbugged by them – several parishioners who were present appeared much distressed. I was almost boiling over with indignation – but allowed him to close – after having done very little real work. He left by conveyance he had come in immediately after practice. I feel that I cannot have him again.