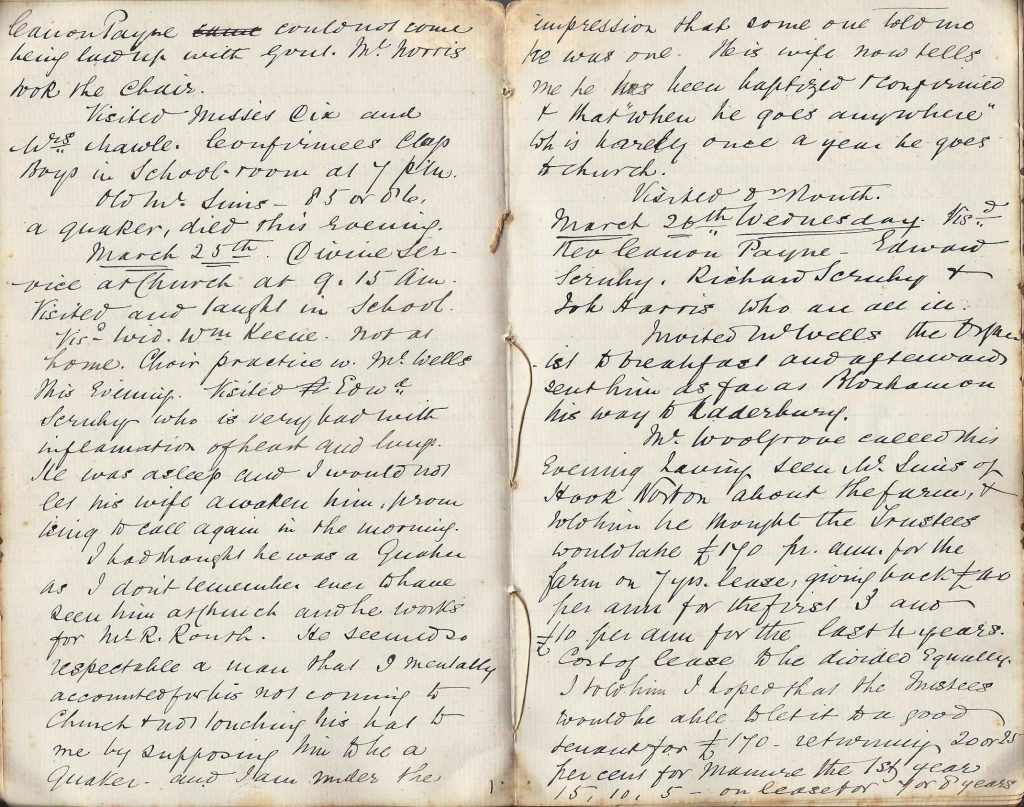 Invited Mr Wells the organist to breakfast and afterwards sent him as far as Bloxham on his way to Adderbury.