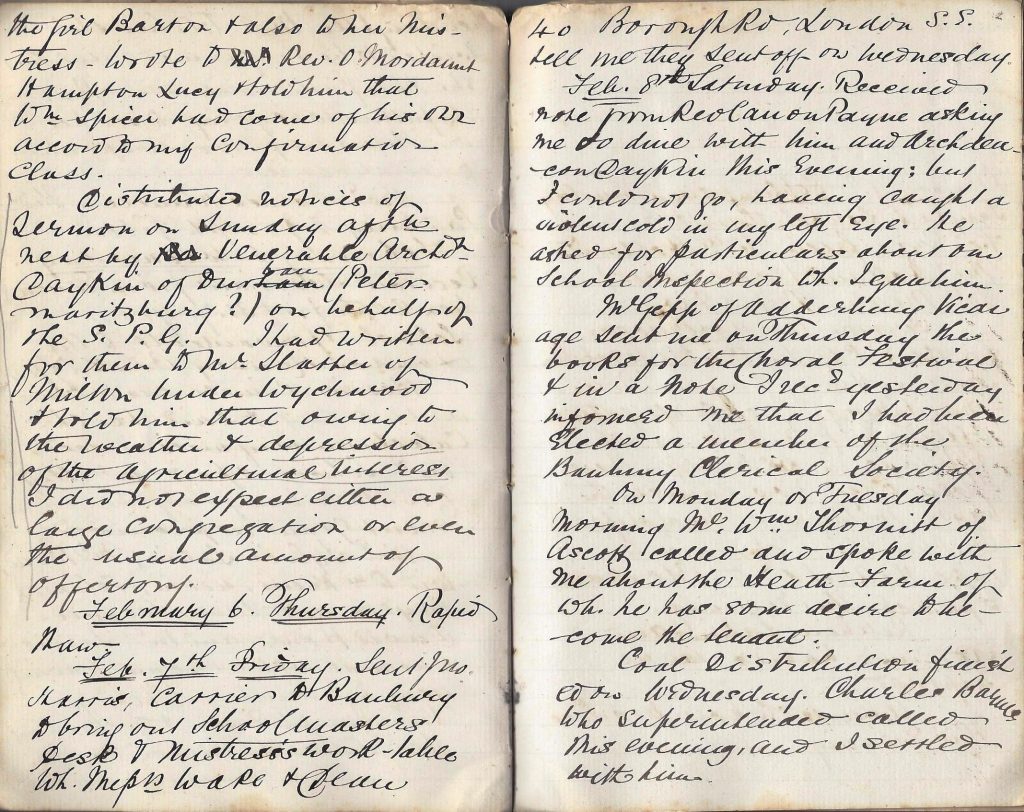 Received note from Rev Canon Payne asking me to dine with him and Archdeacon Daykin this evening; but I could not go, having caught a violent cold in my left eye. He asked for particulars about our school inspection which I gave him.

Mr Gepp of Adderbury Vicarage sent me on Thursday the books for the Choral Festival and in a note I received yesterday informed me that I had been elected a member of the Banbury Clerical Society.

On Monday or Tuesday morning Mr and Mrs Thornitt of Ascott called and spoke with me about the Heath Farm of which he has some desire to become the tenant.

Coal Distribution finished on Wednesday. Charles Barnes who superintended called this evening and I settled with him.