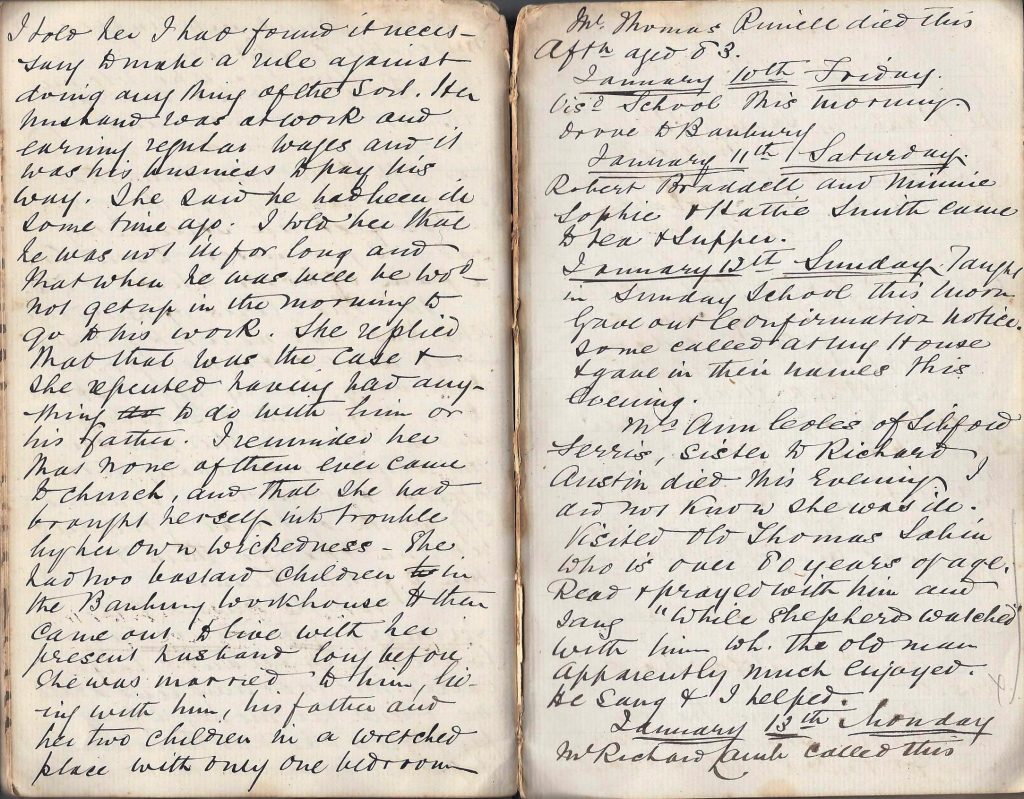 Mr Richard Lamb called this morning and asked me to vote for a Mr Bliss who is candidate for the Actuaryship of the Banbury Savings’ Bank and in whom he is interested. I told him I could not pledge my vote – but that probably I might find I could vote as he wished in which case I should be pleased to find that his views coincided with my own as to the merits of the candidate.

Attended meeting of Savings’ Bank Managers and Trustees at Council Chamber, Town Hall. I voted for Mr Bliss who had 49 votes. Mr Skinner 13(?) and Mr Henry Stone who a year or two ago was mayor of Banbury, 12 votes.

Called at Rev Mr Henderson’s and brought out “Chrissie” for a few days’ visit.

Dr and Mrs Routh and a cousin of his came to tea and supper. He and I went through the Charity Accounts and Government returns relating to the school.

Charles Barnes called and asked whether I could bury Mrs Coles at 3 o’clock on Wednesday. I said I could not, having to attend the Trustees’ meeting, and that they must come at 4 on Thursday.