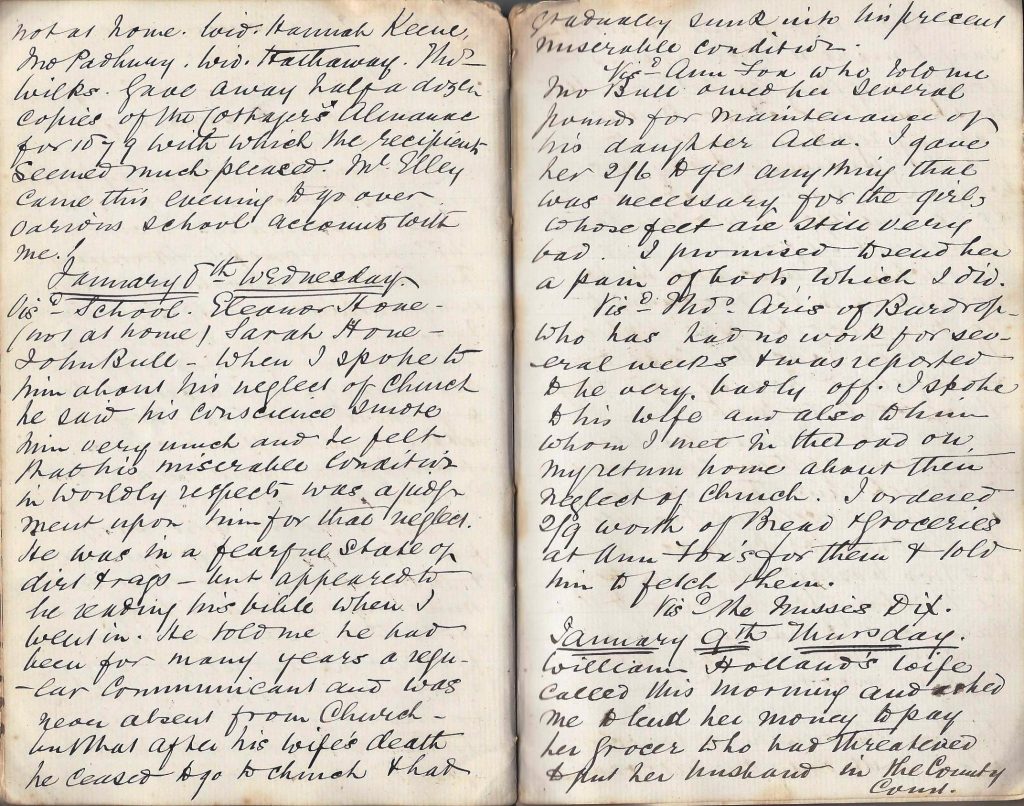 John Bull – when I spoke to him about his neglect of Church he said his conscience smote him very much and he felt that his miserable condition in worldly respects was a judgement upon him for that neglect. He was in a fearful state of distress – but appeared to be reading his bible when I went in. He told me he had been for many years a regular communicant and was never absent from Church – but that after his wife’s death he ceased to go to church and had gradually sunk into his present miserable condition.

Visited Ann Fox who told me John Bull owed her several pounds for maintenance of his daughter Ada. I gave her 2/6 to get anything that was necessary for the girl, whose feet are still very bad. I promised to send her a pair of boots, which I did.

Visited Thomas Aris of Burdrop, who has had no work for several weeks and was reported to be very badly off. I spoke to his wife and also to him whom I met in the road on my return home about their neglect of church. I ordered 2/9 worth of bread and groceries at Ann Fox’s for them and told him to fetch them.