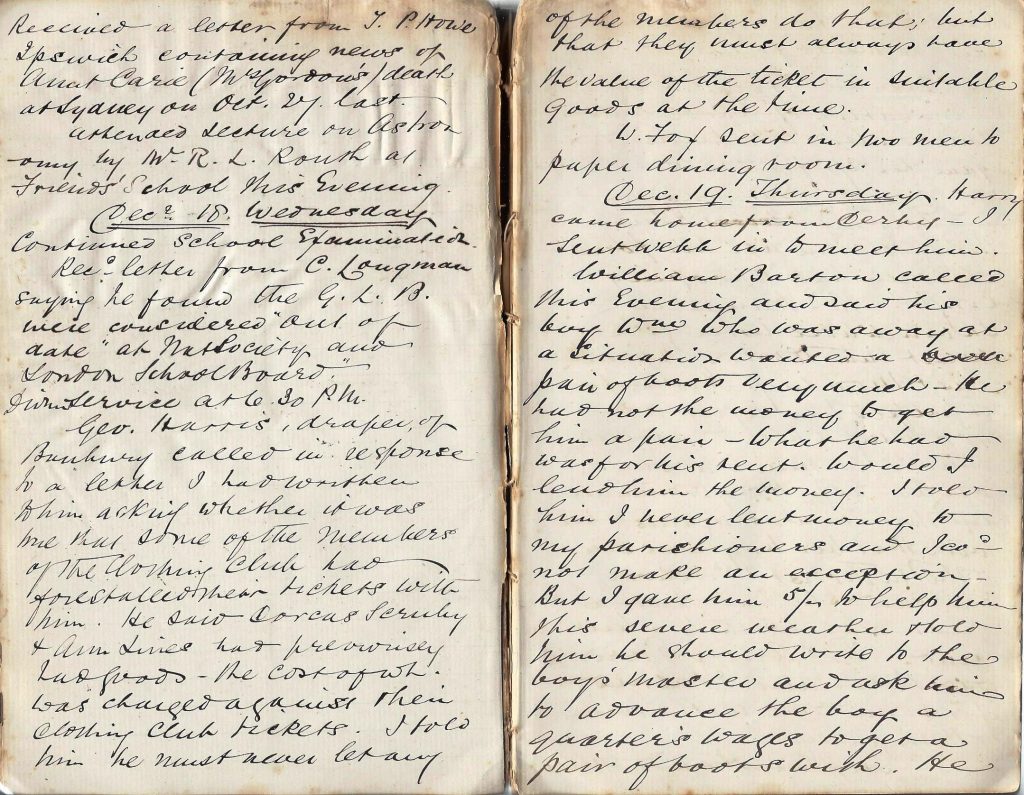 Harry came home from Derby. I sent Webb in to meet him.

William Barton called this evening and said his boy William who was away at a situation wanted a pair of boots very much – He had not the money to get him a pair – What he had was for his rent. Would I lend him the money. I told him I never lent money to my parishioners and I could not make an exception – but I gave him 5/- to help him this severe weather and told him he should write to the boy’s master and ask him to advance the boy a quarter’s wages to get a pair of boots with. He thanked me for my advice and said he would follow it.