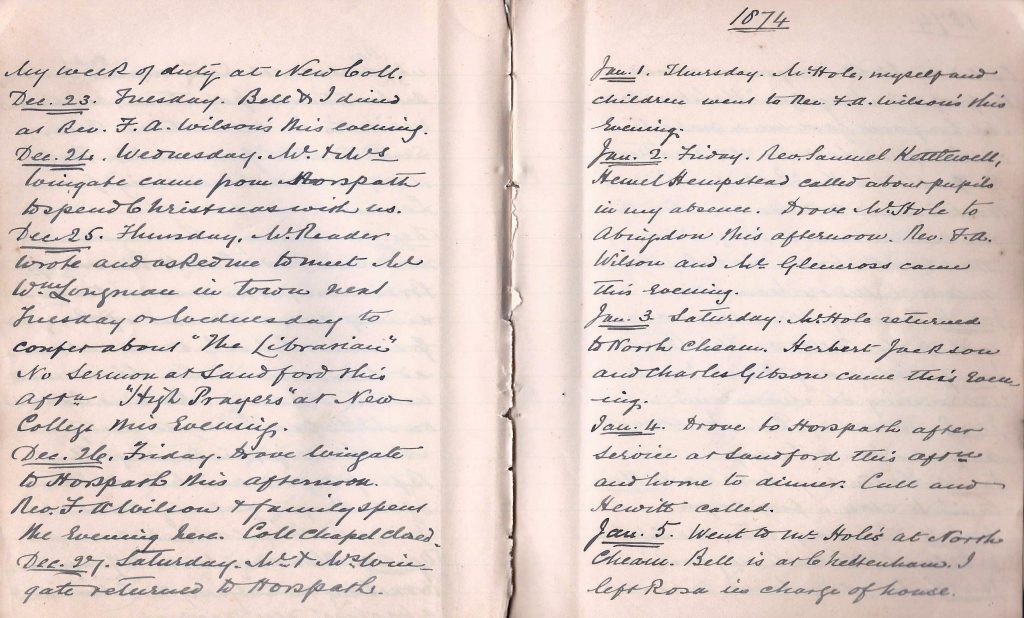 Went to Mr Hole’s at North Cheam. Bell is at Cheltenham. I left Rosa in charge of house.

Called on Mr W Longman about the proposed magazine “The Librarian”. Mr Longman gave me a note to Mr Sampson Low on the matter. He publishes the “Publishers’ Circular”. Both seemed to have an idea that my scheme was a plagiarism of that work, but is not by any means.