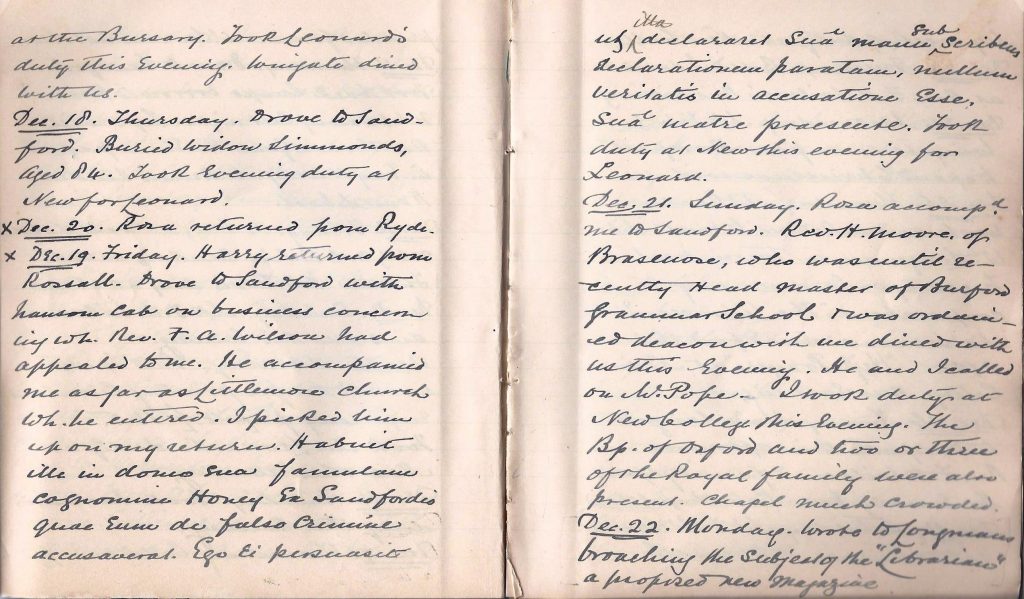 Drove to Sandford with hansom cab on business concerning which Rev F A Wilson had appealed to me. He accompanied me as far as Littlemore Church which he entered. I picked him up on my return.

Took duty at New this evening for Leonard.

He had in his house a maidservant, surname Honey, from Sandford, who had falsely accused him of a crime. I persuaded her that she would, in a declaration prepared in her own hand, declare there to be no truth in the accusation, in her mother’s presence.