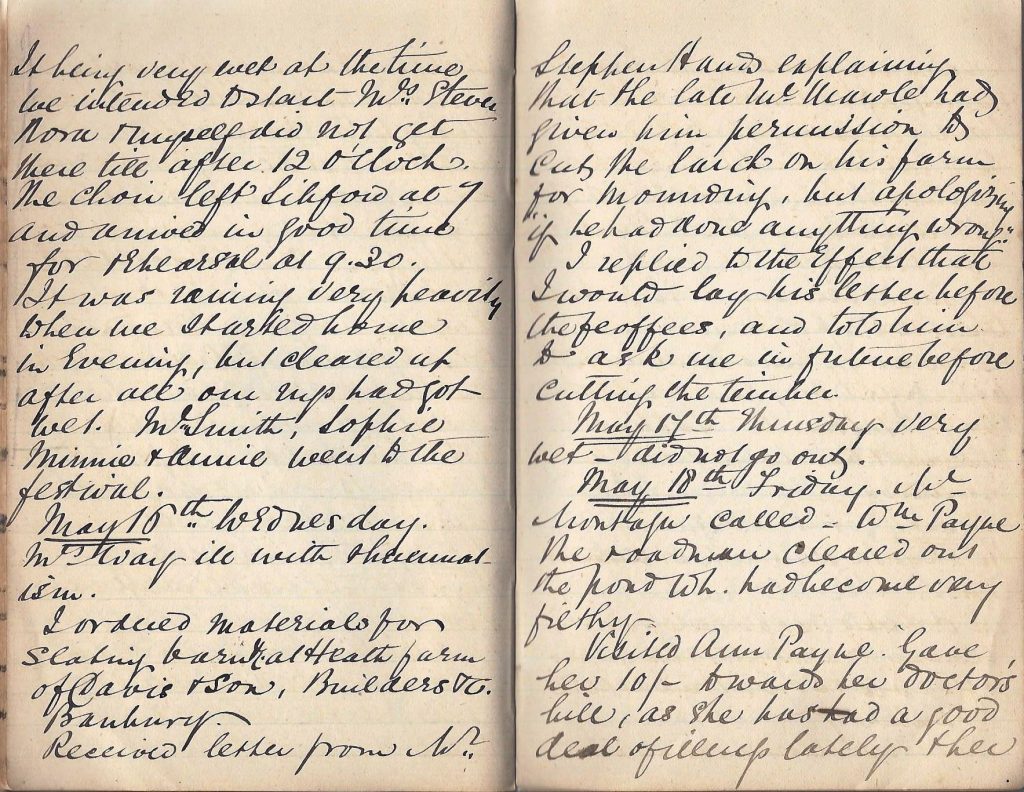 Mr Montagu called. William Payne the roadman cleared out the pond which had become very filthy.

Visited Ann Payne. Gave her 10/- towards her doctor’s bill, as she has had a good deal of illness lately and her husband has been at home unwell for 4 or 5 weeks.

Visited Widow Cakebread and sent her some wine.

Met Thomas Wilks who told me he went to Mr Norris about Hands’ horses, but he was not at home. Then he went to the policeman at Tadmarton who recommended him to go to Stephen Hands and try to settle the matter with him without taking out a summons. He went to Hands but only got “blackguarded”. He says he will let it rest now. He told me he had a daughter at home from service ill with rheumatic gout. She had had 3 bottles of whiskey from Banbury as “the doctor said it was the best thing she could take”. He was a poor man, etc – would I give her some port wine? I told him I had spoken with the doctor about the case and he had told me that port wine was the worst thing she could take. I told Wilks that if the doctor said she needed it I would give her some.